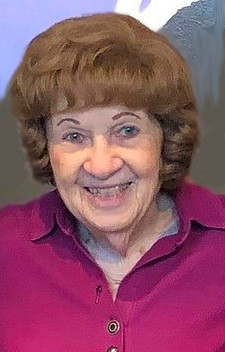 Bess Gelman Wishnow was born on September 4, 1930 in San Antonio to Sarah and Harry Gelman. When Bess was 7 years old, she and her older sister Ann became orphans when their mother passed away and their father could no longer care for them. The Jewish Family Service (JFS) placed them in the Pauline Sterne Wolff Home for Displaced Children. Ann and Bess lived a pleasant communal life there through their teenage years.

When Bess was 15 years old, she worked part time at Sakowitz department store. When she was 18, JFS helped Bess and her sister rent a room at the Dushkin's family home and supported their education at the University of Houston. She attended a Hillel social on campus and met a very nice and handsome Harry Wishnow. It was love at first sight. They were married on July 1, 1951.

After learning the plumbing business, Bess and Harry opened up Imperial Plumbing Supply Company where they worked side by side for 44 years. They worked 70 hours a week, and in their free time, they loved to square dance with friends.

They had two daughters, Cindi and Debbie. Their home was always open to their daughters' friends during their BBYO days. They even added on a large game room above the garage to accommodate many good times.

In 1996, Harry was diagnosed with a brain tumor and passed away only eight months later. In spite of everything, they had a fulfilling life considering their humble beginnings. Their family was active at Beth Yeshurun and she supported the Sisterhood, Hadassah, Amit Women, Houston Hospice (where she volunteered for three years after Harry's death), Jewish Federation, Seven Acres, Eye Care for Kids and several other organizations.

She owed her quality of life to the Jewish Family Service. If JFS had not supported Bess at such an early age, she never would have met Harry or had so many fortunate opportunities. She hoped her support of JFS could somehow help others in their time of crisis.

More than anything else, Bess loved her family and loved going to all the family gatherings. She never wanted to miss anything, including her grandchildren and great-grandchildren's sporting events and school functions. She also enjoyed playing Rummikub and Bingo with her friends at Brookdale. And let's not forget her love for sports, especially the Astros!

A funeral service for Bess will be held on Friday, July 29, 2022 at 2:00 PM in the Sophia and Jack Bender Memorial Chapel at Beth Yeshurun Post Oak, 7445 Awty School Lane Houston, TX 77055, followed by a graveside service. Those wishing to view the funeral service remotely via Live Stream please use the following link: https://venue.streamspot.com/f8d04b5b

Plant a tree in memory of Bess

The attached photos are added to the memorial of Bess Gelman Wishnow to help share their legacy.