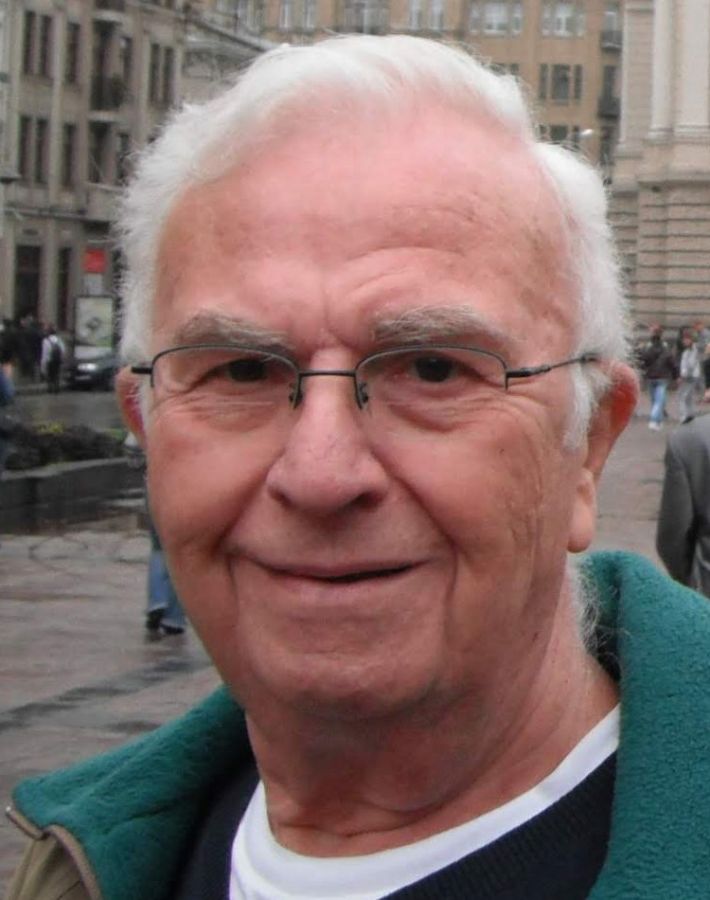 Norbert Nathan Buchsbaum--the most wonderful father, grandfather, husband, son, brother--will be missed for many reasons, most notably for his dedication and devotion to his family. He was an extraordinary man who made the lives of those he loved so much better.

Norbert was born on April 15, 1929 in Vienna (Norbert was actually a very stylish name at that time and place). When he was nine years old, he, his parents, and older sister Annie, fled Vienna after the Nazis took over. They were smuggled into Belgium and then over the next several years moved to multiple locations in southern France, searching for safety. These were difficult times; the family was sometimes hidden and at other times separated. However, without minimizing the ordeal he and his family had been through, Norbert, true to his nature, always recalled the kindness and bravery of the many people who helped his family during these years.

Following the war, Norbert lived in Montpellier France with his family until they could get visas to the US. Upon arrival in New Jersey, Norbert worked various jobs including making hats in a hat factory, working in a wool factory, and sorting diamonds in the New York diamond district. It was Annie who urged her parents to insist Norbert go to college. He applied and was accepted at Cooper Union where he studied Chemical Engineering in their night program, while continuing to work during the day.

It was in New York that he met Annette Federman and began their 62 year of life together. Billy and Mona were soon born--and their nuclear family was complete.

Professionally Norbert excelled. He was a world class chemical engineer who designed many first of its kind projects and received multiple patents. In 1972, Norbert was recruited to join Gulf Oil in Houston. He loved his job--travelling the world, meeting interesting people. His many accomplishments included building the world's (at that time) largest Ethylene plant. Gulf sent Norbert to Harvard for its Advanced Management Degree where he loved having the opportunity (although in his 40's) to experience dorm life. He continued to succeed at Gulf, eventually becoming Corporate Vice President of Engineering.

Family was always paramount to Norbert. His mother Sara, sister Annie, and brother-in-law, Sammy followed Norbert and Annette to Houston. Norbert's devotion to his mother and later his sister are unmatched, especially as they aged and their health deteriorated.

Norbert and Annette loved their life together in Houston. Their greatest joys were Billy and Mona. When Kenny and Laurie joined the family, Norbert and Annette were overjoyed--only exceeded when Michael, Jonathan, Sara, and Adam were born. "Ba" as he was known, was never too busy for his grandchildren. He enjoyed doing even more things with them than he could when Billy and Mona were young. And he always had crazy stories to share at family dinners.

Norbert loved working so much that he never stopped, he even worked earlier this week while in the hospital. Over the last few years he invented a new desalination process and founded a new company. This process not only has commercial possibilities but also, very importantly to him, can be used to bring low-cost fresh water to impoverished nations.

Norbert will be deeply missed by all who love him. He loved his life with Annette. Even as life became more challenging, he relished everyday and valued the time spent with his family.

If you ever would like to hear more about Norbert's life in his own words, we invite you to use this link to listen to his interview on the United States Holocaust Memorial Museum website:
https://collections.ushmm.org/search/catalog/irn700550

To plant a beautiful memorial tree in memory of Norbert Buchsbaum, please visit our Tribute Store

Plant a tree in memory of Norbert

Plant a Tree
5 trees planted in memory of Norbert Buchsbaum

Dear Mona and family - we are so sorry to hear about Norberts passing. May these trees be as strong and nurturing as he was. Very fondly, Rita/Jon 3 trees were planted in memory of Norbert Buchsbaum Plant a Tree

MAY HIS MEMORY BE A BLESSING

Memorial Tree was purchased for the family of Norbert Buchsbaum by FRANCENE ROTENBERG.

My love to you all.

Memorial Tree was purchased for the family of Norbert Buchsbaum by Liz Purcell.

The attached photos are added to the memorial of Norbert Buchsbaum to help share their legacy.

Please help memorize Norbert Buchsbaum by recording your attendance below.