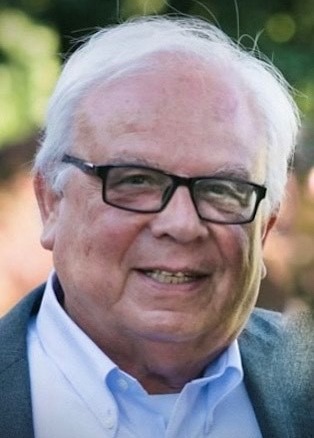 Sam Michel Baron passed away peacefully at home on April 18th, 2022, in Dallas, Texas surrounded by family. He was born in Marseille, France on March 1st, 1946, the first of four children of the late Jay and Olga (Levy) Baron. Sam spent his youth at family homes between Atlanta, Georgia; Marseille, France; and Brussels, Belgium, attending boarding school at Institute Monte Rosa in Montreux, Switzerland for high school. Sam subsequently attended Ohio State University in Columbus, Ohio. He spent time living in Montreal, Canada, New York City, and Oklahoma City, before moving to Houston, Texas where he met Marilynn Block on a blind date in late 1974. They were married four months later in 1975.

Sam was a kind and passionate man, a consummate networker and forever curious about how things worked. He was a devoted husband, father, and grandfather, doing whatever he could to support his family. His favorite saying was "it's not what you know, it's who you know" and he was always happy to reach out to friends or acquaintances in the service of helping others. In 1973 when the Yom Kippur war started, Sam traveled to Israel to volunteer behind the scenes. He spent three weeks there where he drove a truck delivering produce. His favorite pastimes were watching and supporting his children's and grandchildren's passion for swimming, following Texas Rangers baseball, and playing softball on the Temple Shalom league. Sam was a wonderful cook who loved spending time hosting and making food for family and friends, often spending hours learning how to smoke the most perfect brisket, perfecting a smoked salmon, or researching new recipes for wings. His humor, impish smile, and full belly laughs could light up a room.

Sam is survived by his wife of 47 years, Marilynn; his children, Erica, Danielle (Steven) Dankof, and Seth; his four grandchildren Sophie, Megan, Hannah, and Eli; Alain (Marilyn) Baron, Neal (Belinda) Baron, and many nieces and nephews who all loved him very much. He was preceded in death by his parents, and his brother, Richard Baron. Memorial services will be held at 2:30pm on Thursday, April 21st, 2022, and you may join in our remembrances via:

Plant a tree in memory of Sam

Sending heartfelt condolences to the family.. I see in Danielle, the wonderful qualities of her father. May you find peace and solace. 10 trees were planted in memory of Sam Michel Baron Plant a Tree

May his branches reach out to share his love and guidance and his trunk the strength we all need. Many blessings and warm thoughts coming your way.

Memorial Tree was purchased for the family of Sam Michel Baron by The Richard Scott Family.

Holding all of you in our hearts and prayers with much love!

Memorial Tree was purchased for the family of Sam Michel Baron by Barb and Tom Decker.

Sam will always live on in my heart as the most kind, genuine man I have had the privilege to know. His love for his family was unending. His sense of irony and humor was unparalleled. It was an honor to have known him Alf Levy

Sam Baron will remain in our hearts forever.

Memorial Tree was purchased for the family of Sam Michel Baron by Abby Schwarz.

Sammy will remain in our hearts forever. We honor his life, his legacy and his family. With all our love.

Memorial Tree was purchased for the family of Sam Michel Baron by Nandine Levy and her family.

We hope this tree will be a living memorial for a wonderful guy who gave so much to so many during his life. Much Love.

Memorial Tree was purchased for the family of Sam Michel Baron by Al and Brenda.

We are thinking of you during this difficult time. Sammy was a wonderful man. I have so many great memories of our times together. Love Aren

Memorial Tree was purchased for the family of Sam Michel Baron by Aren Rifkin.

Sam was a great friend. I always enjoyed talking to him. We shared a passion for business and baseball. He always reached out to help in any way he could. I will miss his friendship, wonderful smile, and his beautiful laugh. May he Rest In Peace.
Stan Makovsky

Sam was truly one of a kind and a great friend to Bob, myself and our family. When I first moved to Dallas Sam made me feel welcome by inviting me to Sunday Brunch with his family in their home. Breaking bread with Sam and the family is a great memory and our friendship with Sam and Marilynn grew from this first Sunday brunch. We will miss his laugh, humor and wisdom. To Marilynn and family we are thinking of you and praying for
all of you. Rest in peace, Sam. Love, Susan and Bob

It was easy to see what a joy he was to those that knew him. May his memory be a blessing. Sending our love to your family.

Memorial Tree was purchased for the family of Sam Michel Baron by The Schrimpfs.

Danielle and Steve,
We are saddened for your loss and wish to extend our thoughts to you both, along with your family. Please know we are thinking of you all during this difficult time.
Thinking of you, your friends at Casto Legal Department.

This is a heart breaker. Sam was the perfect friend, an elegant man, one far better than I was when I first met him and Marilynn. Back then, I was a lost soul. He was one of the examples I followed to become the man I am today. He will be missed, and he will always be remembered. Rest in peace my friend. We will meet again.

Dear Maryline
We are very affected by the death of Sam whom I unfortunately could not see again. I know you are all in great sadness: you don't see your husband, brother, father, grandfather leave without being affected even if Sam was very tired despite his courage.
We are really close to you and will not hesitate to come see you as I promised Sam as soon as the health restrictions let us travel. I kiss you all very very much and will be in thought with you on Thursday. Dominique and Christian

Marilyn, my heart goes out to you, kids and grandkids. I remember when you first went out with Sam! He was just such a great guy from the very minute you met him! He had such a great smile and was just the sweetest and was so crazy about you!!!! Marilyn, you were always the nicest person and the most wonderful friend and I know the most wonderful and devoted wife! I just am so thinking of you with so much love and praying that G-D gives you strength!!!! With much love, Barbara

My heart is broken after 34 years knowing I was blessed to have known and called this man my brother, my friend. Always the rock and the voice of reason. I have lost 😞 a true hero. Marilynn…. I mourn your loss and words will never do justice to his memory. May he Rest In Peace and in our hearts. All my love and my sorrow is overwhelming. Stuart

Sam was very special to so many. A true friend , always smiling and confident, Sam had a natural and honest way that attracted his many friends.

Memorial Tree was purchased for the family of Sam Michel Baron by Richard Glass.

The attached photos are added to the memorial of Sam Michel Baron to help share their legacy.