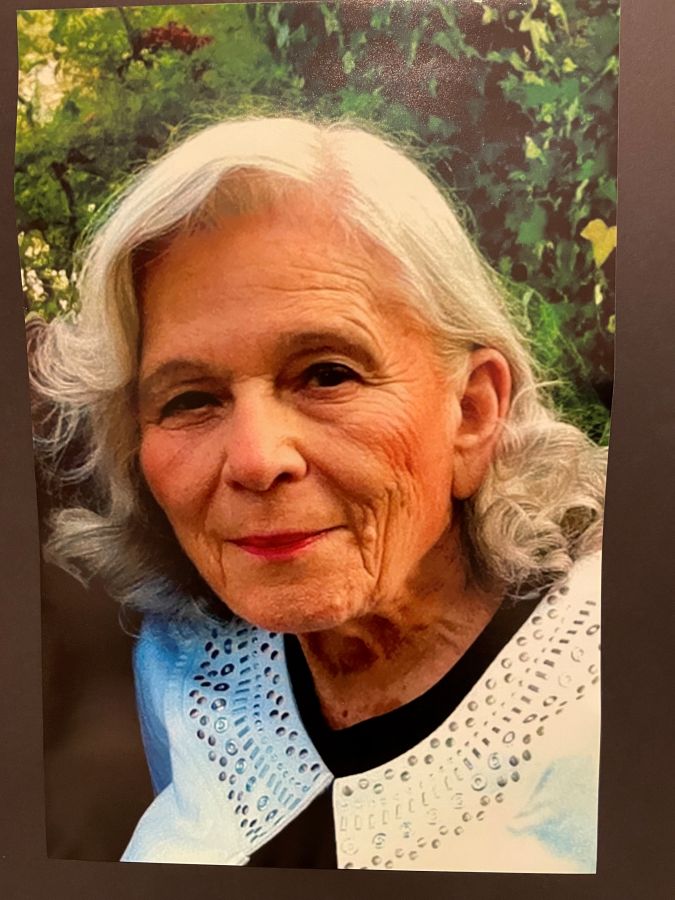 Lorraine Frances Josem Brown passed away on April 15, 2022 in Houston Texas at the young age of 100 years old.

Lorraine was born to Joseph and Sarah Karlitz Josem in New York on November 05, 1921 and grew up in Norwalk Connecticut where she lived above her family's Elm Grove Grocery Store. After graduation from Norwalk High School, she attended the Brooklyn College of Business.

Our sweet Mother relocated to Houston and met the bashert in her life, Sidney Brown, of blessed memory and were married August 24, 1950.They enjoyed close to 70 years in an equal, loving and caring marriage. Lorraine immersed herself and contributed to support those institutions and agencies near and dear to her.

Her Judaism and Judaic values were a constant presence in her life and she lived them and passed them down to her family every day. Lorraine was well known for the active role she played in the Jewish community and contributed her talents as past President of Congregation Brith Shalom from 1981 - 1983 and Jewish Family Service from 1991 - 1993 where she was honored for her leadership and dedication on Jewish Family Service's 95th Anniversary. She worked in the Adult Education Department at the Jewish Community Center and received the David H. White Memorial Award and Golda Meir Award recognizing her service to the Jewish Community of Houston honoring her integrity, love for one's fellow-man and her commitment to the ideals of Jewish life. The Jewish Community was truly blessed to have Lorraine's contributions and act as a mentor to those that followed her.

Lorraine enthusiastically supported the arts of our community throughout her lifetime. She was a regular attendee with her Bashert whether it be at the Houston Symphony, Houston Ballet or the Alley Theatre. During one of her many volunteer activities, She chaired the JCC Book Fair bringing in such notable speakers as Ted Koppel and Yitzhak Rabin. Lorraine never asked for a challenge. It was an obligation to further educate and improve the quality of life for those around her. She was humble never wanting to bring attention to herself. Her actions and involvement spoke volumes in her endeavors.

Above all, Lorraine was a loving wife and mother to her four sons. She loved equally and unconditionally and encouraged all travel adventures and occupational endeavors. She was always forever young even as she aged gracefully over the years. She was current, always aware and hip before it was vogue to be hip. Lorraine was an advocate for Women's Liberation before it became a household term. She led by example, we would all be well to emulate.


Lorraine is survived by her sons Joshua and Inette, Mitchell and Martha, Seth and Elizabeth, Christopher and Nora, Grandsons, Aaron, Jamie and Sonia, Josh and Christine and Evan, Grand Daughter Sacha, and six Great Grandchildren, Jayden, Taylor, Wyatt, Emmett, Mae and Lucy. She is also survived by Arthur and Beth Lindley, Judy and Rita Sugarman and their families.

Lorraine is preceded in death by her parents, Joseph and Sarah Karlitz Josem, loving husband Sidney, and sister Jane Sugarman.

The Family would like to extend their gratitude to her caregivers, Serinda, Joyce, Flora, Lucy, Oralia, Jackie, Benny and Blanca.

Please consider a donation to Congregation Brith Shalom, Jewish Family Service, Jewish Community Center or a Charity of your choice.

Plant a tree in memory of Lorraine

The attached photos are added to the memorial of Lorraine F. Brown to help share their legacy.

Provide comfort for the family by planting a tree in memory of Lorraine F. Brown