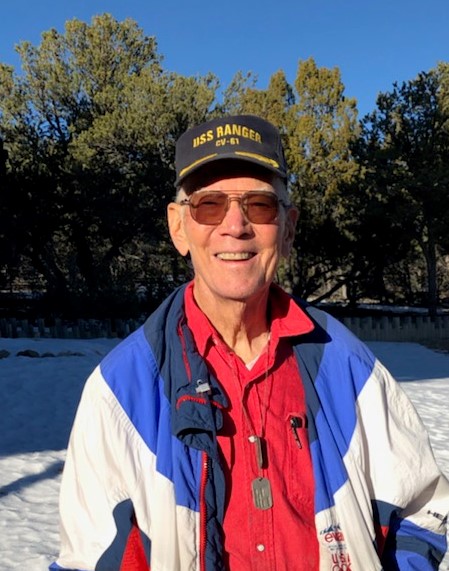 Jacob "Jockie" Geller was born on May 30, 1930, the only son of Libby Yellen Geller and Abram Lewis Geller, joining his sisters Reba Geller Swiff (z"l), and Devora Geller Rubin, and ahead of Golda Geller Baker (z"l). Along with many lifelong friends, Jacob is survived by his sister Devora, brother-in-law Gil Baker, and loving nieces and nephews, including Maury Rubin and his wife Brianna Shipp, who were very much like a son and daughter to him. He was preceded in death by his wife of 30 years, Martha Koonrod Widener Geller, as well as his sisters Reba and Golda.
Always an excellent student, Jacob graduated from his father's alma mater, Rice Institute (now Rice University), as well as from the Baylor Dental School in Dallas. Later, he was an Instructor at the University of Texas Dental School in Houston, and had his own successful Orthodonture practice. Jacob was very proud to have served our country in the Air Force and Navy, and he rose to the rank of Captain in the Naval Reserves. You would often see him wearing one or another of his many naval baseball caps, expressing his ongoing appreciation for and love of the Navy. Jacob had a strong competitive side and although he never got mad at his sister Devora, he always wanted to keep up with her - when their Aunt Dora taught her how to drive, suddenly, he needed to learn to drive, and the same was true of learning to dance.

For decades prior to moving to Colorado with Martha in 1992, Jacob served Jewish families as the Mohel in and around Houston. He was also an Orthodontist to hundreds, if not thousands, of patients. His dear friend made him a needlepoint pillow that said "from Brisses to Braces", which was a perfect description of Jacob's labors of love. He davened beautifully (often in a ten-gallon hat and cowboy boots) and was a lifelong practicing Orthodox Jew, even keeping kosher while living in small towns in Colorado. Many girls had crushes on him over his high school and college years, but Martha truly had his heart. In addition to enjoying many travels and adventures together, Jacob was very proud of her commitment to keeping a kosher home.
Jacob never met a stranger, had many friends, and was a prodigious correspondent - he wrote letters daily, for decades, and kept up correspondences for 40+ years in some instances. He was the "original environmentalist", constructing his own envelopes out of junk mail, along with sending postcards made from cereal boxes. Not a lover of change, particularly the technological kind, Jacob nonetheless purchased an iPhone this past year, which he was in a love/hate relationship with.

Jacob was very athletic and loved being outdoors. He was an avid tennis player, marathon runner and hiker. Another hobby was entering sweepstakes, which he was very successful at - he won a car, dinners, trips, and a washer/dryer set, which he gifted to a niece. He especially loved driving his VW bugs and Porsches, and good beer - "Old Peculiar" was a favorite, and anyone who knew Jacob would see how appropriate that was. Jacob was a true character, a loving curmudgeon, and one of a kind. He was very loved and will be dearly missed by his family and his many friends.

Funeral Services can be streamed at the following link: https://event.forgetmenotceremonies.com/ceremony?c=2c5093f8-f8ba-4f90-89f5-f2e757ac87a5

To plant a beautiful memorial tree in memory of Jacob Geller, please visit our Tribute Store

Plant a tree in memory of Jacob

Plant a Tree
10 trees planted in memory of Jacob Geller

Memories that span over 60 yeas ... faithful and consistent. Thank you, Jock for beginnig a part of my llife. 5 trees were planted in memory of Jacob Geller Plant a Tree

I enjoyed works with Dr Geller who helped me do a case my senior year in dental school. Limited treatment. I enjoyed working with him and I could tell he was very good Dr. He will be missed by all who knew him.

Dr Geller was one of the finest instructors I had while attending the Univ of Texas Houston Dental Branch Orthodontic program back in the 70's. We communicated from time to time after I graduated while he lived in Vail. He will certainly be missed.

Jacob Geller was one of the greatest men I knew and his impact on my life was immeasurable! He will be missed.

Memorial Tree was purchased for the family of Jacob Geller by Mary McCaine.

Memorial Tree was purchased for the family of Jacob Geller by Dr. Yolanda Franzen.

Memorial Tree was purchased for the family of Jacob Geller by Barb Spry.

Jacob was a dear friend to my family and to each of us individually. He treated each of us with kindness and warmth. After my brother has a massive stroke, Jacob would come down to the house with flashcards and work on reteaching my brother how to read. He spent his last Thanksgiving in Howard with us, and I was so happy to have him at our table.

So sad to hear of Uncle Jockie's passing. He was so loved by our family and he always checked in just to see how we all were. Hopefully he and my dad will enjoy all of their antics together in heaven. May his memory always be a blessing.

RIP Jacob. He was loved by all who knew him. May his memory be eternal.

Memorial Tree was purchased for the family of Jacob Geller by Harry & Sandy Yianitsas.

Jacob became a friend and dedicated pen pal through a mutual friend. Always a joy to hear from him, and I will miss our letter exchanges.

Memorial Tree was purchased for the family of Jacob Geller by Jo Ann Dupuis.

The attached photos are added to the memorial of Jacob Geller to help share their legacy.

Please help memorize Jacob Geller by recording your attendance below.