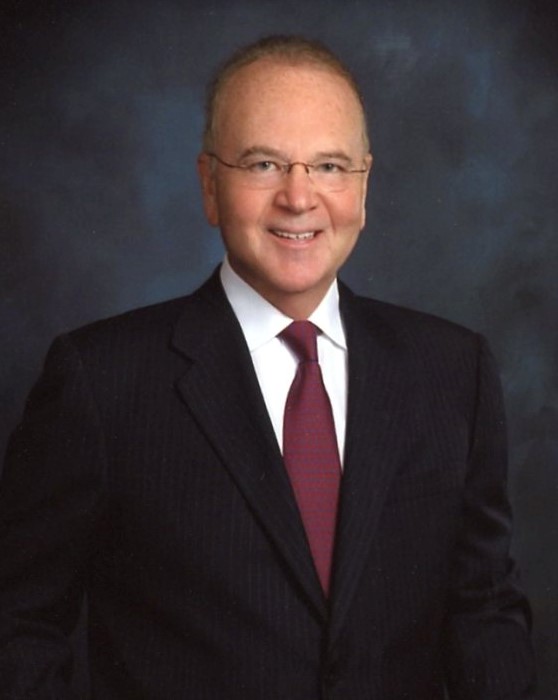 Michael Samuel Tapick, age 71, passed away peacefully at his home in Houston on Friday the 4th of February. Mike was the beloved patriarch and visionary of his 78-year-old family business, Martin Preferred Foods, where he worked for more than 60 years. Mike was a loving and devoted husband, father, grandfather, son, and nephew. Mike was gregarious and fun-loving, with a larger-than-life personality that endeared him to so many whose lives he touched.

Mike was raised as the only child of Melvin and Helen Tapick. When Mike was growing up, his father Melvin ran the family business, known at the time as Martin Poultry. Mike recalled that in his childhood home, there really was no dividing line between "family" and "business." Indeed, those two worlds were deeply intertwined, as his father managed the business while his mother kept the company books. From his first job at 10 years old delivering eggs to "minding the shop" in his teens, Mike grew up quickly in that family business environment.

As a sixteen-year-old at Bellaire High School, Mike met the love of his life, Betty Rose Goot. After dating through high school and college, Mike and Betty were married during their final year together at the University of Texas at Austin. They spent the next five decades in a happy and joyous marriage surrounded by a close and loving family and a tight network of dear friends. The couple celebrated their 50th wedding anniversary in December 2021.

After graduating from the University of Texas at Austin with a degree in business, Mike moved home to Houston with Betty and went to work in the family business. After Melvin's untimely death in 1978, Mike took over the leadership of the business. Over the next four decades under his leadership and direction, Mike grew Martin Preferred Foods to become one of the nation's largest independent protein and specialty food suppliers, renowned across the state of Texas for the highest quality "center of the plate" meat and chicken. During the recession of 2009, Mike had the vision to steer the business to the fast-growing Quick Service Restaurant sector with marinated and value-added meat and chicken. In 2017, Mike transitioned the day-to-day leadership of the business to his son Jeff, and Mike took the title of Chairman.

Throughout his life, Mike was an exercise fanatic. For almost thirty years, he logged thirty miles per week on the jogging paths of downtown Houston; later in life he could be spotted most mornings at the Houstonian, pounding away on a treadmill with the incline set to its maximum tilt. Mike and Betty loved to travel throughout their lives together, and they took frequent international trips over the years with their close friends. In his final years, Mike took immense pleasure spending time with his five grandchildren and relaxing with Betty at their vacation home in Galveston.

Mike is survived by his loving and devoted wife of fifty years, Betty, and their two children, Jeffrey Tapick (Rebecca) and Lisa Ansari (Amir). Mike and Betty were blessed with five grandchildren, Jordan Ansari, Allison Ansari, Elijah Tapick, Ezra Tapick, and Seraphina Tapick, with another grandson on the way. Mike was predeceased by his parents Melvin and Helen Tapick. He is survived by his aunt Joyce Schneider, his uncle Rabbi Martin Tapick and his aunt Helen Tapick, his sister-in-law Barbara Gamson (Michael), brother-in-law Steve Goot, sister-in-law Sarah Henjum, numerous cousins, and many treasured friends.

A memorial service will be held at 4:00pm on Monday, the 7th of February, at Congregation Beth Israel, where Rabbi Adrienne P. Scott will officiate. Prior to the service, the family will have gathered for a private interment at Beth Israel Cemetery. For those wishing to view the memorial service remotely via Live Stream may do so by visiting https://www.beth-israel.org/.

In lieu of flowers, the family requests that memorial contributions be made in Mike's memory to the Houston Food Bank, Congregation Beth Israel, or the charity of your choice.

The attached photos are added to the memorial of Michael Samuel Tapick to help share their legacy.