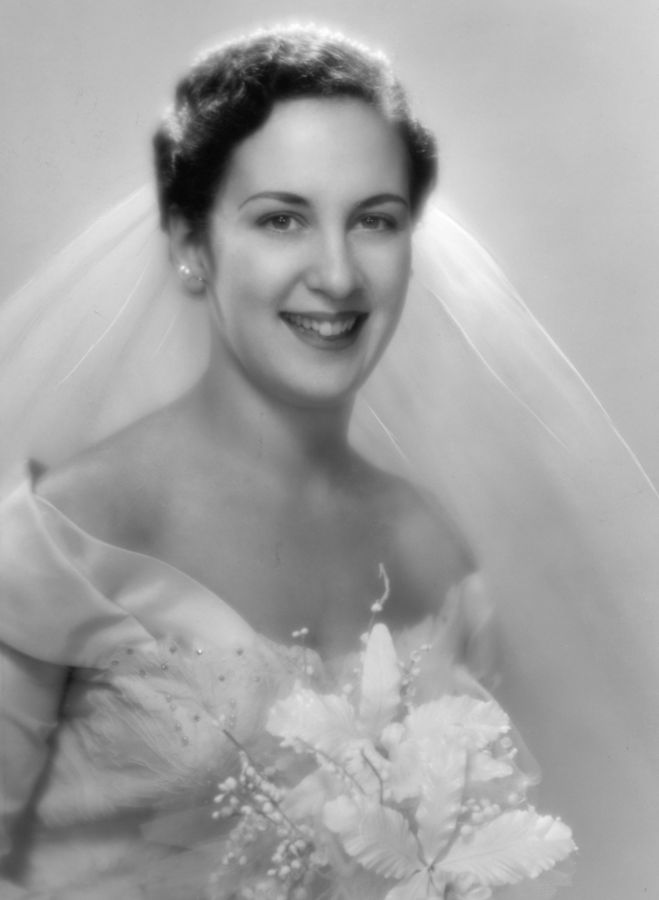 Geraldine "Geri" Lee Epstein Hooks, 86, passed away peacefully in her sleep surrounded by family at home in Houston, Texas, on Monday, June 7, 2021.

A native Houstonian, Geri was born April 24, 1935, but spent her formative years in Bay City where her family owned the clothing store Rosenzweigs, the first air-conditioned store between Houston and Corpus Christi. A lover of the arts from an early age, Geri studied theater at Stephen's College before ultimately graduating from the University of Texas at Austin.

In March of 1955, Geri married the love of her life Charles V. Hooks, Jr. They resided in Houston, Texas, where they raised their family. They often entertained, enjoyed music, and were talented ballroom dancers. Geri loved to be right there in the middle of everything and never missed a party or a good martini, stirred not shaken with extra olives.

Entrepreneurship was an inevitable path for Geri; however, she got into the gallery business almost by accident in 1969 when she went into business with her sister-in-law Evan Epstein. The gallery opened with an exhibit of Pablo Picasso's Saltimbanque suite of prints, and they set aside a room dubbed Le Petit Galerie where signed, framed, limited-edition prints sold for $100 or less. In 1975, Charles bought out Evan, and together they ran the gallery.

Geri added unforgettably in her own right to the Gallery after his death in 1995. She was a trailblazer, a cornerstone in the foundation of such a mighty platform for so many artists. Geri was always welcoming and willing to spend time educating visitors. An active advocate for not only the local and national arts communities, she took great pride in giving budding artists their first show. For nearly 52 years, the Gallery thrived under Geri's leadership, and while her absence will surely be felt, its legacy will continue with Yvonne Garcia Richardson and the Hooks-Epstein Galleries family.

Geri always knew what she wanted and was not afraid to tell you exactly how things should be done. To know Geri was to love her, and she left a lasting impression. Geri was always put together, perfectly accessorized and never a single hair out of place. She continued to drive her Mustang convertible with custom plates every day to the Gallery. Geri loved to be social and encircled herself with friends and family - from hosting dinners after shows to catching the latest movie or checking out the newest restaurant. A passionate woman who loved fiercely and lived a life full of zest, she took incredible pride in her family.

Graveside services will be held on Friday, June 11, 2021, at 10:00 AM at Emanu El Memorial Park, 8341 Bissonnet St., Houston, Texas, with Rabbi Roy Walter officiating. In lieu of flowers, donations in Geri's memory may be made to your favorite local art organization or Congregation Emanu El.

The attached photos are added to the memorial of Geraldine “Geri” Lee Epstein Hooks to help share their legacy.

Thank you for sharing your memory of Geraldine