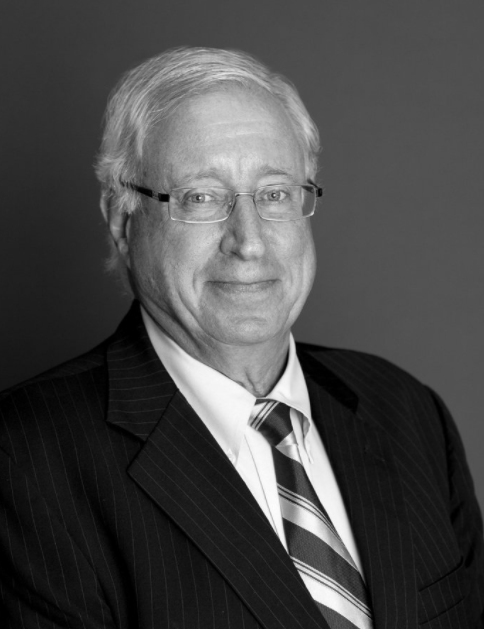 Gabriel "Gaby" Braun passed away from cancer on Sunday, May 30, 2021. He had defeated the disease twice before and battled it heroically for the last six years. Gaby was born on August 15, 1944, in Tel Aviv, Israel to Bracha and Daniel Braun. From that day forward, he was known to family and friends as a force of nature. He served in the Israel Defense Forces and proudly defended Israel during the Six-Day War, and then he traveled across the Atlantic in 1968. What started as a sabbatical to the United States turned into a life lived here. He attended the University of Miami, where he became involved in student government and cemented the traits that eventually defined him: never suppressing his opinions and always advocating for the things that he valued. Gaby lived the American dream proudly and started it humbly--moving here with a suitcase and a month's worth of money. He put himself through college by working as a Hebrew School teacher and pizza maker and completed his engineering degree in three years. One of his professors suggested that he move to Lufkin, Texas, where he lived briefly before moving to Houston.

In Houston, he met his wife of 47 years, Marian. Gaby had a deep connection to Marian and her family, his beloved in-laws Sarah and Maurice Aronstein, and their hometown of Cuero, Texas.

Gaby encircled himself with friends from every part of his life. He loved his many Houston friends, but he also maintained lifelong friendships with people from his childhood--many of those friendships date back to the early days following Israel's formation. Gaby and Marian had only one son, Dan, and their house was a magnet for Dan's friends. Gaby treated the boys as equals at a very young age. He engaged them in challenging and sometimes intense dinner-time conversations, and many have commented that he was like a second father. These boys, now men with their own families, continued to visit him up until his very last moment.

Gaby always had an entrepreneurial spirit. He started his own company in 1979, and that company later became the local real estate firm Braun Enterprises. Gaby worked tirelessly to build a business and support his family. He was ultimately thrilled when Dan joined him, to build the business together. With a commitment to hard work, detail, and integrity, Gaby worked with Dan to develop and operate commercial real estate projects. Gaby took great pride in the firm's success, especially during the past seven years. He was rightfully proud of the professional foundation he laid, and he cherished the opportunity to work alongside his son to build a modern business on top of it.

Gaby loved both his native country, Israel and his home, the United States. He was a patriot who always gave back, both with his time and his resources. He cared about Israel passionately, and he believed deeply that it needed a strong alliance with the United States. He formed personal relationships with elected officials from both sides of the American aisle--sponsoring many trips to Israel and then traveling there, with community leaders and elected officials. He told all willing listeners about Israel's virtue, and about why the United States was rightfully known as the land of opportunity. His affection for Houston's unique energy and diverse community was deep too, and he would give out-of-towners extensive tours whenever they visited.

Israel, the Jewish community, and Jewish education were of paramount importance to Gaby. He served on numerous committees and boards, including AIPAC, the Jewish Federation, and the Emery Weiner School. He was particularly proud of the fact that his four grandchildren all attend Jewish day schools.

Gaby is survived by his wife, Marian, and by his proudest accomplishments: his son Dan; Dan's wife Taryn; and his grandsons Jacob, Ryan, Asher and Aden. He is also survived by his sister, Talma Peled; Talma's husband Jacob; his niece and nephews Shlomit, Rafi, Hagai; his cousin Alvin Brown; his brother-in-law Robert Aronstein, wife Karen and niece Jennifer Beleiff and husband Brad.

The family wishes to extend their gratitude to Dr. Benjamin Musher and Dr. Dov Kadmon, longtime friends and doctors who cared for Gaby with deep and unwavering commitment these past few years.

Gaby will be remembered for his empathy, his acts of generosity, and his commitment to community. He will be greatly missed.

The funeral service will be held on Wednesday, June 2, 2021, at 10:00 AM at Congregation Beth Yeshurun, 4525 Beechnut Street Houston, TX 77096 followed by a graveside service at Beth Yeshurun Post Oak.

Memorial donations in his honor may be made to Kibbutz Nahal Oz at Jewish Federation of San Diego County, 4950 Murphy Canyon Rd, San Diego, CA 92123, *Indicate Kibbutz Nahal Oz or Beth Yeshurun Day School at 4525 Beechnut, Houston, Texas 77096 or a charity of your choice.

I consider myself lucky to have known him over the last few years. We will miss him

I shall certainly miss you my brother-in-law

He was an incredible person and he will be missed greatly by many of us.

The attached photos are added to the memorial of Gabriel "Gaby" Joseph Braun to help share their legacy.

Thank you for sharing your memory of Gabriel "Gaby"