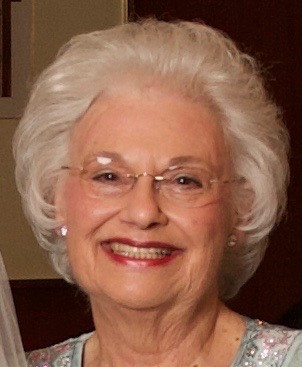 Frances Leanse, a very special Mother, Grandmother, Great Grandmother, and friend, passed away peacefully in Houston on May 3, 2021. Frances was born June 12,1928 in Wilkes Barre, Pennsylvania, but soon moved to Greenville, Texas. She was the adored only child of Rose and Oscar Tanenbaum. Only 15 when she graduated from high school, they sent her to Lindenwood College for Girls in St. Louis. Her persistence earned her permission to transfer to The University of Texas at Austin, where she made many friends, including her future husband, Milton Ellish. They married in 1947 and moved to Dallas where Milton completed his MBA before joining his family's business in Spring Valley, New York. Missing Texas,they returned to start a ladies ready to wear retail business with Frances' parents. They settled in Longview, where their two daughters were born and their business flourished. In 1958, they moved to Dallas and set up their office at home so they could run the thriving business and still be "hands-on" parents. Frances felt so lucky to be blessed with wonderful friends who made her family part of their own for the entire time she lived in Dallas.

When Milton passed away in 1966, Frances widowed at 37, showed her strength as she continued to run the business until she eventually sold all of the stores. At the same time, she made sure her daughters (10 and 13) felt secure and as normal as possible. Frances married Charles Wolf. They enjoyed a warm and loving family life. During this time, they welcomed two sons to the family when Nancy and Larry and Gail and Joel were married. They were thrilled to become grandparents to four of "Mama's" (as Frances was lovingly referred to by her grandchildren and all of their friends) five grandchildren.
In one word, Frances was a true "lady". She was honest, sincere, kind, and generous. Her huge smile radiated her warmth and love. She read voraciously, needlepointed with perfection and played cards with expertise and luck. Frances liked shopping, crossword puzzles, mah jongg, fine restaurants and watching sports on TV, especially Texas Longhorn football and Texas Rangers baseball. However her greatest enjoyment came from anything shared with family and friends

The family kindly requests that donations in Frances's memory be made to Jewish Family Service or the charity of your choice,

May
Thursday
Shearith Israel Memorial Park
4634 Dolphin Road
Dallas, TX, United States 75223
2:30 PM
Rabbi Daniel Utley of Temple Emanu-El to officiate. DUE TO COVID CEMETERY RESTRICTIONS, PLEASE BE AWARE MASKS ARE REQUIRED AND SOCIAL DISTANCING ENCOURAGED. Leanse Virtual Service Thu, May 6, 2021 2:30 PM - 4:00 PM (CDT) Please join my meeting from your computer, tablet or smartphone. ONCE YOU ARE LOGGED IN, PLEASE PUT YOUR MICROPHONES ON SILENT AND TURN YOUR CAMERAS OFF. THIS WILL ALLOW OUR CAMERA TO BE THE MAIN SCREEN AS WE LIVE STREAM FOR THE FAMILY. PLEASE BE AWARE THAT WE WILL HEAR TRAFFIC, NATURE, AND PLANES AND WIND. IF THERE IS A CONNECTIVITY ISSUE, PLEASE BE PATIENT WITH US AS WE ARE SUSEPTIBLE TO WIFI CONNECTIVITY OUT AT THE CEMETERY. https://global.gotomeeting.com/join/416006637 You can also dial in using your phone. United States: +1 (571) 317-3122 Access Code: 416-006-637 New to GoToMeeting? Get the app now and be ready when your first meeting starts: https://global.gotomeeting.com/install/416006637
Directions  Add to Calendar

The attached photos are added to the memorial of Frances "Mama" Leanse to help share their legacy.

Thank you for sharing your memory of Frances