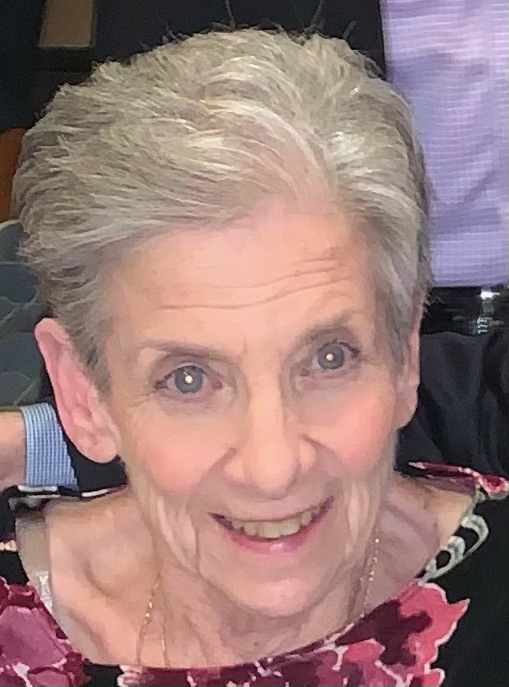 Barbara Schlanger Selzer, 80, passed away peacefully surrounded by her children on Monday, April 26, 2021, in Houston, Texas. Born in Tulsa, Oklahoma on December 3, 1940, to Rose and Jack Schlanger, Barbara was the oldest sister of three girls. She and her younger sisters, Andrea Schlanger and Bette Schlanger Wozobski enjoyed hours of family time with their cousins. Celebrating Jewish traditions with her extended family was central to Barbara's childhood.

After graduating from Edison High School, Barbara attended the University of Oklahoma and earned a degree in fashion merchandising. A few years later, she earned her teacher's certification from the University of Tulsa. A teaching opportunity at Hobby Elementary prompted a move to Houston, where she met the love of her life, Jerry Selzer. They met during High Holiday Services at Congregation Beth Yeshurun in 1966, and were married on November 17, 1968, in Barbara's home town of Tulsa. Barbara welcomed and adored Jerry's children, Eydie and Larry. Lori was born in April of 1970 and Scott, in July of 1972.

After raising her kids and volunteering for a number of organizations including Hadassah, Beth Yeshurun Sisterhood, Beth Yeshurun Gift Shop, and various community service organizations, she returned to teaching Pre-Kindergarten at Beth Yeshurun pre-School where she positively influenced students for over 20 years. Because her 5 grandchildren all attended the same preschool, Barbara enjoyed the opportunity to see and engage with them on a daily basis.

Together, Barbara and Jerry were avid sports fans. They took their children to as many Rockets basketball games where her passion for the team often resulted in her loudly expressing her displeasure with many of the ref's calls. Her enthusiasm at every game led to friendships formed with those who surrounded them in their season ticket seats at the Summit. This passion for sports carried over to her children's and then grandchildren's sports activities, where she vigorously cheered from the bleachers.

Barbara was preceded in death by her parents, Rose and Jack Schlanger and her daughter, Eydie Selzer Goldman. She is survived by her loving husband of 52 years, Jerry; sisters Andrea Schlanger and Bette and her husband, Wynn; brother-in-law and sister-in-law, Earl and Janice Selzer, son in law, Randy Goldman, children Larry and Elisha, Lori, and Scott and Melissa Selzer; and grandchildren Erika, Lindsey, Sydney, Hayley and Zachary Selzer; many loving nieces, nephews and cousins and her beloved dog, Jake.

The family would like to express their deep appreciation for Addie and Myrtle for their great care and love that they gave to Barbara.

A private funeral took place on Wednesday, April 28th at the Bender Pavilion at Congregation Beth Yeshurun's Post Oak Cemetery. The family requests that donations in Barbara's memory be made to CanCare, the Eydie Selzer Goldman Fund at Beth Yeshurun, or a charity of choice.

I am so sorry to hear this. I have many fond memories of her growing up on Jason St. May her memory be a blessing. My love to all. Kathi Kowalski Sandler

I will miss seeing and working with Barbara here at Beth Yeshurun Day School. I enjoyed her weekly visits and having lunch together. Barbara was a special lady. My heartfelt condolences to all the family. May her memory be for a blessing. Janice Bekker

Our condolences to all of the Schlanger and Selzer family. We adored Barbara and she will be missed. Barbara always saw the best in people. May her memory be a blessing! Jake & Henrietta Blend's Children-Susan, Sharon, Stuart and Stanley

Our sincere condolences to you all. We are so sad to hear about the loss of this wonderful woman - may her memory be a blessing!

Heartfelt condolences to all of Barbara's family. Wishing you strength as you heal over your loss. May Barbara's memory be a blessing to all.
Sunny & Lee Horowitz

I first met Barbara when she and Jerry picked up Lori at DePelchin for them to travel and attend the wedding of Scott and Melissa. Since that time we have become good friends sharing many celebrations or dinners together. Barbara was a kind person who always was doing for others. She will be greatly missed. - Helen
M Gore-Laird

The services for Barbara have not yet been added. Please sign up below to be notified when the services are ready.

The attached photos are added to the memorial of Barbara Schlanger Selzer to help share their legacy.

Thank you for sharing your memory of Barbara