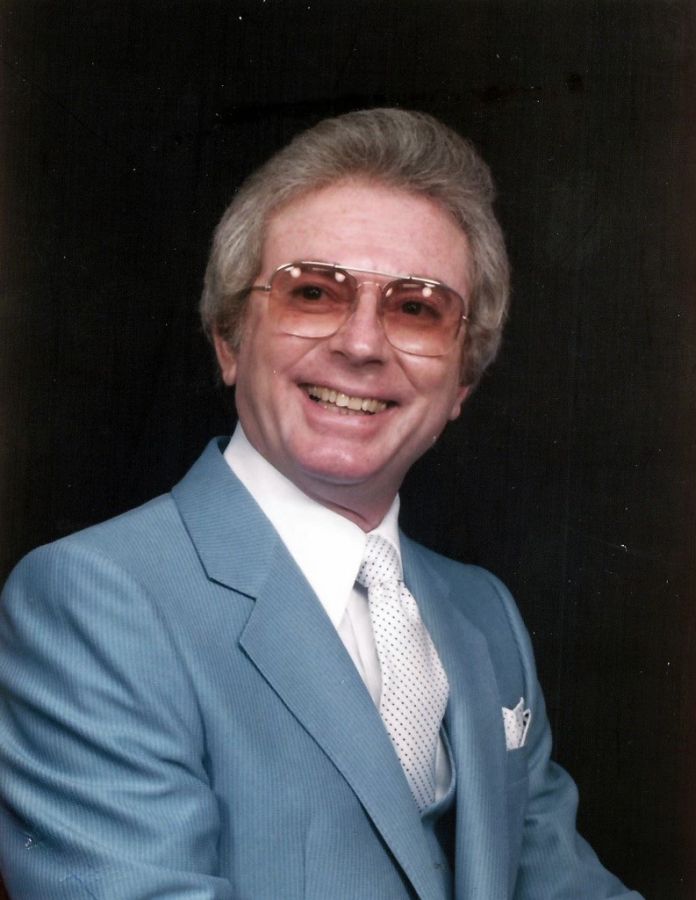 Bernard "Red" Wishnow, fondly known as "Mr. Wish", passed away on Thursday March 25, 2021 at the age of 92. Born and raised in Houston. His parents, Nathan Wishnow was an immigrant from Russia and his mother, Tillie came from Poland. He attended River Oaks Elementary, Lanier Jr. High, and Lamar High School. At an early age his parents enrolled him in artistic dancing and ballet, even though he opposed it, he later learned to appreciate it. Bernard had a happy childhood but began his adult life against odds that could deter even the strongest of men.
At the age of 17, he lost the lower part of his right leg due to a Baseball injury. He thought the world had come to an end. The doctor gave him hope that with an artificial prosthesis he would be able to walk and dance again.

Six months after the operation he returned to Lamar High School as a senior and danced in the musical program. He danced like the Russian Cossacks, doing mid-air leg splits and arms extended touching his toes. He was voted as one of the best performers and received a standing ovation. This was the encouragement he needed, and nothing was going to stop him.
Bernard worked hard and succeeded in becoming a successful jewelry salesman, businessman, and entrepreneur in many different fields: Real-Estate, Home Remodeling, Restauranteur, Law Library Owner, Radio Talk show Host, A Good Golfer (with 2-Hole in Ones) and Owner and Manager of 7 clubs.

He had a heart of gold exemplified by his involvement in many charitable events. He and Rosie sponsored a golf tournament and auction raising $17,000.00 to the Eye Care for Kids Foundation.

Make A-Wish Foundation asked "Mr. Wish" if he could help a 15-year-old girl who has cystic fibrosis and only one year to live. Her wish, "to have a shopping spree." He rented a white limousine and driver and took "Cinderella" and her mother to seven department stores, where she purchased toys, dresses, blouses, jewelry, etc. We have wished for things in our lives but quite often the wish is forgotten after only a few days. Amanda's wish, "Cinderella", will be remembered for a lifetime.

He bought a 1985 fire truck and removed the hoses and put pillows for kids to sit on when riding on the truck for their birthdays. Each kid would receive a Junior Fireman's hat. He charged $100 per hour and the funds would be donated to various charities.

He later donated the fire truck to the Shriner's Hospital to give the kids rides, especially during parades.

Bernard would want everyone to know that he wouldn't be able to accomplish and overcome obstacles without the love and support of his "Lil Rosie". They have enjoyed a full and exciting life traveling to France, Italy and other places in the U.S.A. and returning home to relax and play with their kids, (Dogs), "Gigi and Sammy."

Bernard and Rosemary are members of Congregation Beth Yeshurun, where he has served as a captain for the Beth Yeshurun Usher Corps during the High Holidays.

He will be remembered by all those he loved who will pass on his values to others and carry his legacy of Giving, Caring and Loving to all they meet. Bernard will now spend his time teaching God's angels how to do a "Mean Soft-Shoe" while watching over the love of his life "Rosie."

He is survived by his wife of 40 years, Rosemary, His daughter, Alicia Cagle, "Rosie's", daughter and son in law Janie and Steve Hamby;
Brother, Dr. Irv Wishnow, Wife Marcia; and many grandchildren and great grandchildren, which brought him much pleasure and joy.
He is preceded in death by his parents Nathan and Tillie Wishnow, his brothers, Harry and Paul Wishnow, his son Norman Wishnow, his stepsons Darrell and Eddie Shelby who he loved and raised as his own, Maxine Kline, his wife for 29 years.

Contributions can be made to American Cancer Association, Congregation Beth Yeshurun, Eyecare for Kids, or a charity of your choice.

The services for Herman have not yet been added. Please sign up below to be notified when the services are ready.

The attached photos are added to the memorial of Herman Bernard Wishnow to help share their legacy.

Thank you for sharing your memory of Herman