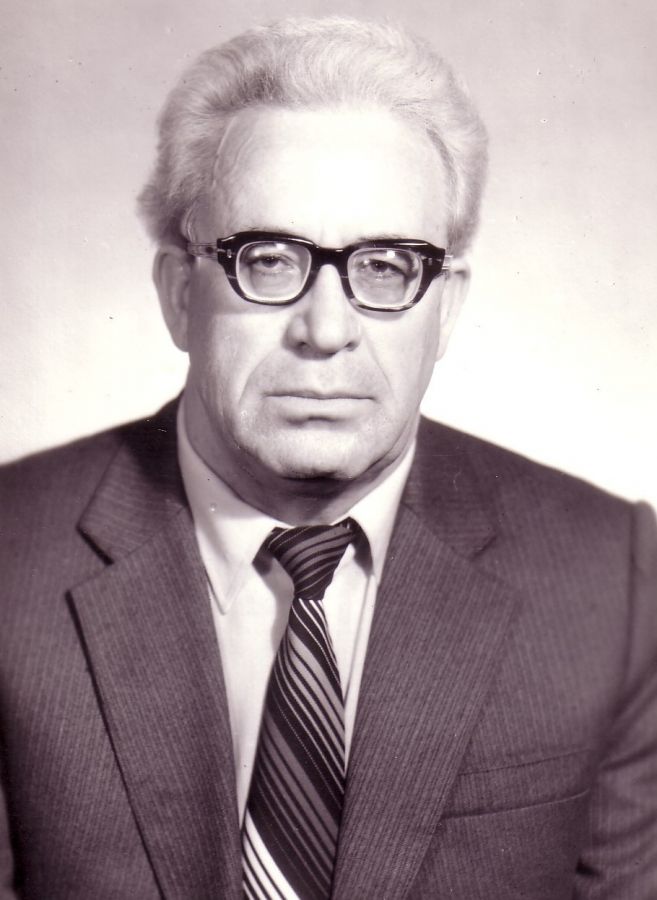 Benjamin Meir Sukholutsky, 89, passed away just two and a half months short of his 90th Birthday on Wednesday, February 17, 2021 in Houston, Texas.

His life was split into three periods spread between three cities: Kiev, Baku and Houston.

Benjamin was born May 1, 1931 in Kiev, Ukraine to Meir Zicelevich Sukholutsky and Lyuba Borukhovna Litvinova.

The first period of his life in Kiev was difficult. When Benjamin was only 9 years old his father had passed away. A year later the War started forcing him and his mother to evacuate to Kazakhstan where they lived in harsh conditions. At 12 years of age Benjamin started to work on a farm. After the end of the war, they returned to Kiev only to find the city devastated by war. In order for his mother and him to survive, Benjamin had to learn shoemaker skills to make money repairing shoes. Then he started to work as an upholsterer in a furniture factory. But, dreaming about higher education, Benjamin applied and was admitted to evening intramural study in Kiev Polytechnic University. In 1956 his mother passed away. But, in the same year Benjamin met his future wife Valentina Yuzbasheva who was vacationing in Kiev after graduating college. They married in January, 1957 sharing their lives for next 64 years

Then the second period of Benjamin's life started in Baku. Benjamin had to transfer to Azerbaijan Industrial University (later Institute of Oil and Gas Industry) and remained dedicated to this organization for the remainder of his life in Baku. After graduation, Benjamin started to work on the first mainframe computer in Azerbaijan. In 1960 he earned a PhD Degree, became a docent and taught programming until his departure to the USA. He loved and enjoyed teaching, and his students respected and admired him in return. He was known for his absolute honesty and integrity.

Baku is where Benjamin's two sons, Evgeny/Meir and Vladimir were born, and where his grandson Dennis and granddaughter Dina were born. It was in Baku where Benjamin became a friend for life with many of those who surrounded him for the rest of his live. But, after 32 happy years, Benjamin and most of his friends had to leave.

Since May of 1990, Benjamin Meir Sukholutsky resided in Houston, Texas. It was extremely difficult for him to start his new life from scratch at the age of 59, but he succeeded. He worked as a technician, lived a full life and tried to enjoy every moment of it. For more than 30 years of his life in Houston, Benjamin enjoyed watching his children, grandchildren and great-grandchildren grow and succeed and always enjoyed the company of amazing friends.

Benjamin Sukholutsky is survived in Houston by his dear wife Valentina, his son Vladimir with wife Elena, his grandson Dennis with wife Victoria and their two children - Benjamin's great grandson Miles and great granddaughter Amelia. In Israel - by his son Meir with wife Evetta, by granddaughter Dana with husband Roman, by grandson Yigal and two great-granddaughters - Talia and Sharon. Benjamin also left behind his friends and friends of his children who knew and love him. He left behind his honest and proud name. He left us his love.

The memory of him remains with us forever. Let it be blessed.

I remember when I was a child in the early 1990s, and my grandparents came to visit us from the US for the first time. Although details of the visit were not imprinted in my memory, I remember the last hours before their flight back to Houston very well. It was late in the evening, and all I wanted was to "steal" another moment with them, realizing it will be quite some time before I see them again.

Sending our deepest sympathy and condolences to our dear Sukholutsky-Pylnik family. Benjamin Meirovich's memory will be carried on with great honor and love.

The services for Benjamin have not yet been added. Please sign up below to be notified when the services are ready.

The attached photos are added to the memorial of Benjamin Meir Sukholutsky to help share their legacy.

Thank you for sharing your memory of Benjamin