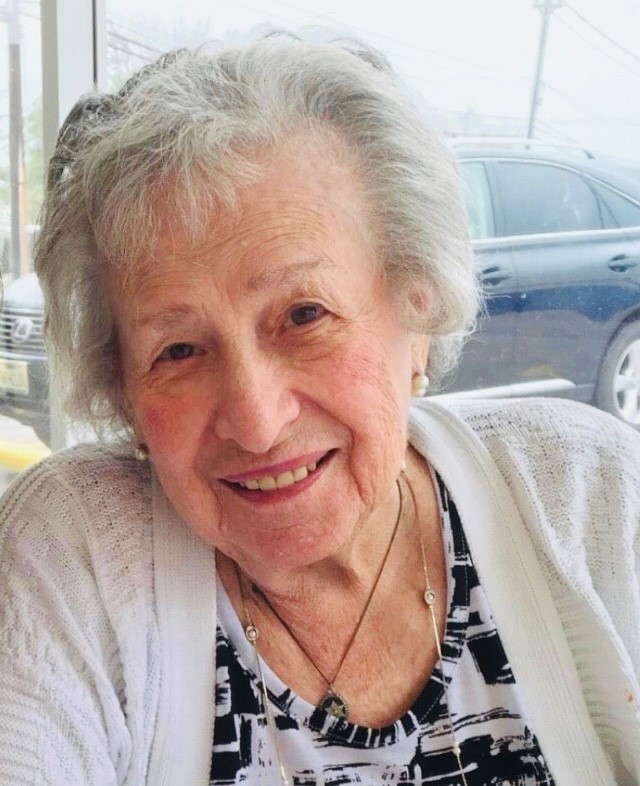 Shirley Rebecca Abrahamson Shoifet died peacefully on February 13, 2021 at the age of 94 in Houston, Texas, where she lived for the last decade of her life. She is survived by her son, Jay Shofet and his wife, Adeena Sussman; her daughter, Laura Yaffee and husband, Wayne; her grandchildren, Shani and husband Or; Nadav; Shosh and husband Yaron; and Gabi and husband, Albert. She is also survived by her great granddaughters Yuval, Tzofia, and Noga. She is predeceased by her husband, Jacob, her parents, Fanny and Julius Abrahamson, her sisters Bea and Pauline, and her brother Sam. She was a devoted daughter, wife, mother, and Bubby (grandmother).

Shirley was born on October 5, 1926 and raised in New Britain, Connecticut, the daughter of a baker and homemaker. She graduated from Grace New Haven School of Nursing in 1947 as a Registered Nurse and worked in that capacity for over sixty years. Early in her career, she worked at Veterans Administration hospitals in Florida and Connecticut; then for a series of country doctors in private practice and at the Sharon Clinic; as a camp nurse at Isabella Freidman for decades and as a school nurse. Shirley read RN magazine voraciously and always dispensed top-notch medical care and advice with a smile.

Shirley met her soulmate on a blind date as a favor to a dying patient at a Connecticut VA hospital. In Jake Shoifet, she met a Jewish mensch who could cook, and thus began an epic love story. They enjoyed a life together for almost 57 years, full of love, acts of kindness (chesed) and charity (tzedakah). Shirley the nurse and Jake the soldier turned restaurateur/school lunch manager/caterer were leaders of their community in and around Millerton, New York for over 50 years. They shared an interest in Democratic politics and progressive ideas, and worked to better the lives of young people most in need. She lobbied to get Head Start in Millerton so that children from low-income families could have the benefits of preschool programs. Shirley was the helpmate in Jake's mayoral campaigns and duties, and stopped by Jake's Gateway Drive-in restaurant on the way home from a busy day nursing to help with the dinner rush.
Shirley loved words and had a way with them, writing poems or songs for every special occasion. She was an avid reader and an ardent Scrabble player. Shirl adored singing in English, Hebrew and Yiddish--songs from the '40s, patriotic American songs, cantorial and synagogue songs, songs from musicals, and especially Yiddish songs. Oh, did she love Yiddish songs, the Yiddish language, and Yiddish culture.

Shirley was passionate about her Judaism, its customs and traditions. At the kitchen table Shirley instilled in her children, and later in her grandchildren, the Jewish values that she held so dear. She was proud that her family in Israel - including her aunts, uncles and cousins and later, her son and family and all of her grandchildren and great grandchildren.
Shirley had a knack of connecting with children at their level. She was a great mother to her own children, and at the Millerton Library, read story hour for young children over many years. With her grandchildren, "Bubby" was hands-on and full of fun and wisdom. Bubby taught them songs and poems, proverbs and life lessons. She told them stories and sayings that they children will be telling their children, from generation to generation (l'dor v'dor). Her grandchildren fondly remember their week-long summer to trips to Millerton as a highlight of their childhoods.

Shirley loved the language, song and theater of the "old country", Yiddish. And yet she was a very forward thinker. She breastfed her children at a time when breastfeeding was believed to be old fashioned for those that could afford formula. She believed in a woman's right to make her own decision about her body and helped her to get a safe abortion if that is what the woman wanted. She warned of the health consequences of diet soda long before others did.

Although Shirley struggled with dementia in her later years, she never lost her ability to connect with people and make others laugh. Her caring ways and her endearing personality -- and her melodic Yiddish -- made her everyone's Bubby.

If you met Shirley, you met someone engaging, witty, creative and passionate. Whether she told you a joke, sang you a song, made up a rhyme, or voiced an opinion, it was done in a uniquely Shirley way. Shirley will surely be missed but spirit of this Yiddishe mama lives on those who were touched by her. If you would like to honor Shirley, please consider making a donation in her memory to National Yiddish Theater Folksbiene (nytf.org), Bnei Akiva of the US & Canada (bneiakiva.org), or Society for the Protection of Nature in Israel (natureisrael.org).
Sunrise, sunset, swiftly flow the years...laden with happiness and tears.

I read in the Lakeville Journal of the passing of Shirley. I have so many cherished memories of her. I went to work at the Sharon clinic when I was 22 years old. Shirley greeted me on the first day and we became instant friends. She was a wonderful nurse and Respected by everyone. The doctors and patients loved her and so did everyone else who came in her path. We shared so many laughs together. One day she took me aside and asked me what my pay was and I told her. She grabbed my hand and walked me into the business managers office and sat me down. She looked at the business manager and said, “Mary needs to be paid much more than she is being paid! “ I was shocked because I had no idea what was coming out of her mouth. She pleaded my case and I walked away with a rather nice raise! that’s how Shirley took care of things. LOL Shirley and Jake came to my wedding and I was honored to have them there. Shirley had been to Israel and brought me back a wooden cross made out of an olive tree. I still have it today. And I think of her every time I see it. She wrote a note with it and I still have her note. She loved writing poems and she and Dr. Moore shared many poems together. How she loved her family. She talked about you, her children ,all the time. Laura and Jay, you were her world. Jay, I was invited to your bar mitzvah and I remember having such a wonderful time at your house. Shirley and your father were great entertainers.I knew your father quite well also. Especially when he did the senior center meals in Lakeville . I picked up a meal there every day for someone and it was always a pleasure to talk to your dad. He was a wonderful man. After I left the Sharon clinic I went to work at the hospital. I continued to see Shirley because she was always coming in to visit her patients. They would perk right up when they saw her. Over the many years later a few of us would get together from the old Sharon clinic crew and we would have great visits. Then Shirley Retired and Eventually moved to Texas. I didn’t see her again but I thought of her so often. Her obituary summed it up. I enjoyed reading it and it brought back such great memories of my good friend. You captured her entire life the way she lived it. She is missed. Best regards, Mary Smith, Lakeville

The services for Shirley have not yet been added. Please sign up below to be notified when the services are ready.

The attached photos are added to the memorial of Shirley Rebecca Abrahamson Shoifet to help share their legacy.

Thank you for sharing your memory of Shirley