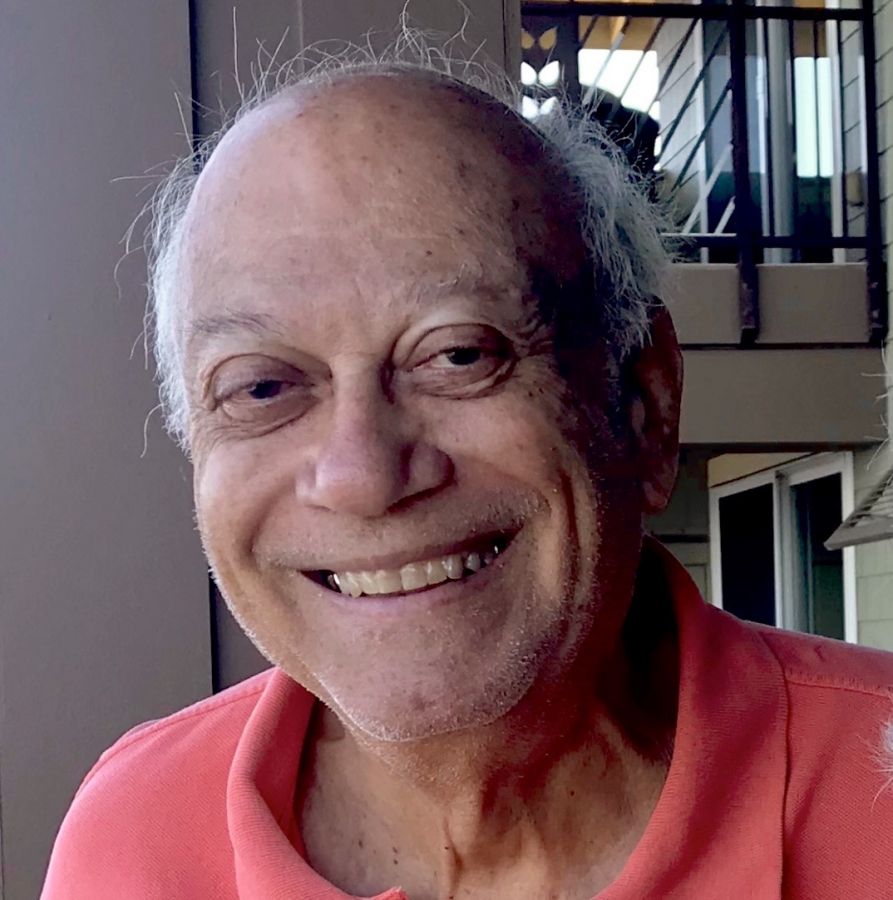 The world's light is shining a little dimmer with the unexpected passing of Joe Mayer Victor on the final day of 2020 - Thursday, December 31, 2020.

After g rowing up in Houston where he attended San Jacinto High School and was a member of AZA 136, he earned his Bachelor's Degree and Doctorate in Electrical Engineering from The University of Texas in Austin. He was president and the longest standing member of the fraternity Alpha Epsilon Pi and President of the NAACP chapter at UT. During graduate school, Joe married Carolyn and they moved to San Antonio to raise a family. Joe began his career at Southwest Research Institute where he r esearched capabilities as a pioneer, setting standards in fields such as microencapsulation, space research, oil and gas, ocean engineering, nondestructive evaluation, emissions, and materials research in the late 1960's.

Joe was married to Carolyn for 11 years. Upon their divorce, Joe moved back to Houston where he worked for Petrolite Corporation working on corrosion testing. He would say the most exhilarating, yet scariest part of the job was the helicopter rides and drop-off on oil rigs to do his work.

Joe asked Jean out for the first time after morning Shabbat services at Beth Yeshurun and they were married in 1981. They were so fortunate to have found each other to share life's joys and sadness. Life was never dull with a blended family of 6 children. Their profound love, mutual devotion to each other, and their shared values carried them through almost 40 years of marriage.

Joe had his Bar Mitzvah at Beth Yeshurun and was a member there for over 60 years. Joe remained an active member in the synagogue where he sang in the choir, participated in the 100 Jewish Men group, attended services weekly, and volunteered. Joe was a lifelong learner and continually took Jewish adult education classes, attended lectures, and studied Jewish texts on his own.

Most of the loving memories his kids will remember are all the stories from their many travels. From driving through the United States in his little red Chevette with the make-shift back seat; to a big celebration in Hawaii for his 80 th birthday in 2019.

Later in life, Joe and Jean made the most of their retirement by traveling the world. Trips included many cruises, including ones to South America, St. Petersburg, and the Mediterranean. Joe had an extensive bucket list which included one of his lifelong goals of visiting all 50 states. This dream was accomplished in his mid 70's with his first trip to Hawaii. Joe's love for the land of Israel started with his first trip there at age 17. Subsequent visits included three Federation trips with Jean, Grandson Zachary's Bar Mitzvah, and a trip with all of his children.

In the late 1980's, he worked with Bio Quantum Technologies where he was on the team that designed the first surgical lasers. He became a pioneering space-science hero when his career took him to the Johnson Space Center to work with the astronauts at NASA. During his time at NASA he designed the laser interlock system for the Space Shuttle to dock onto the International Space Station and worked on other laser related projects. In later years, he derived great joy from presenting to his grandchildren's elementary school classes about space and his experiences at NASA.

Joe will be most remembered for his honor, integrity and how he took care of his community, with positive (yet quiet) energy and unwavering dedication--his commitment to giving back was matched by his love for family and connection to Judaism. He walked in his father Max's footsteps as a model for being a good humanitarian, when it came to acts of service. He quietly touched many people's lives. His family has seen and heard countless stories over the years, such as, if he would walk by a car with their lights on, he would open their car doors and turn the lights off so the person would not come back to a dead battery. He also was a lifelong blood donor, we think it was so he could get free t-shirts, at last count he was in the 20-gallon Club. Once, he tripped over a piece of rebar in a parking lot of a business and got hurt. Instead of being upset, he went back the next day and fixed it so no one else would get hurt. On his Meals on Wheels delivery route, one called him a HERO for calling for help when they did not answer the door; when he noticed someone did not have a secure place for the food delivery he
bought them a small refrigerator for them to keep their food; another one was so grateful when Joe would go to the mailbox and pick up their mail; and countless others whose eyes lit up when he would deliver their meals and sit for a while to chat, even during the pandemic. This is just a snippet of the many charitable acts of kindness and generosity.

Family was the center of Joe's life. As both his parents had passed away, he cared for Jean's mother, Connie, like she was his own. Karen and Becky considered him their second dad. When they were in high school he patiently helped them every night with their math and science homework and whenever they needed permission to do something, they preferred asking Joe since his answer was always "yes." His oldest grandchildren, Storm and Stone, will always remember Granddad's lessons, taught over heated Rummikub and chess games, to push yourself, to challenge your mind, always keep learning and improving. Grandson Jacob has fond memories of learning about circuitry and the stock market with him. Jacob and other grandchildren Kylie, Zachary, and Spencer adored their Saba and loved doing Meals on Wheels with him each visit to Houston.

His youngest grandkids Avery and Elliette, will most remember him for his kindness, love and will miss him so much, and they will always know that he loves them. Avery most remembers learning how to play chess and about electricity while building many erector sets together with his Saba. He always did what he thought was right, no matter what. We can honestly say in difficult situations we think what Dad would do.

For those who knew him, he will never be forgotten. If you have your own special story, his family would love to hear them. Please send them to [email protected].

A private burial was held for the family on Wednesday, January 6, 2020 at 10:00 AM. For Joe, feeding those in need was one of his life's work. If you'd like to make a donation in Joe's memory, please donate to Meals on Wheels at the Evelyn Rubenstein JCC or the charity of your choice.

The services for Joe have not yet been added. Please sign up below to be notified when the services are ready.

The attached photos are added to the memorial of Joe Victor to help share their legacy.

Please help memorize Joe Victor by recording your attendance below.

Thank you for sharing your memory of Joe