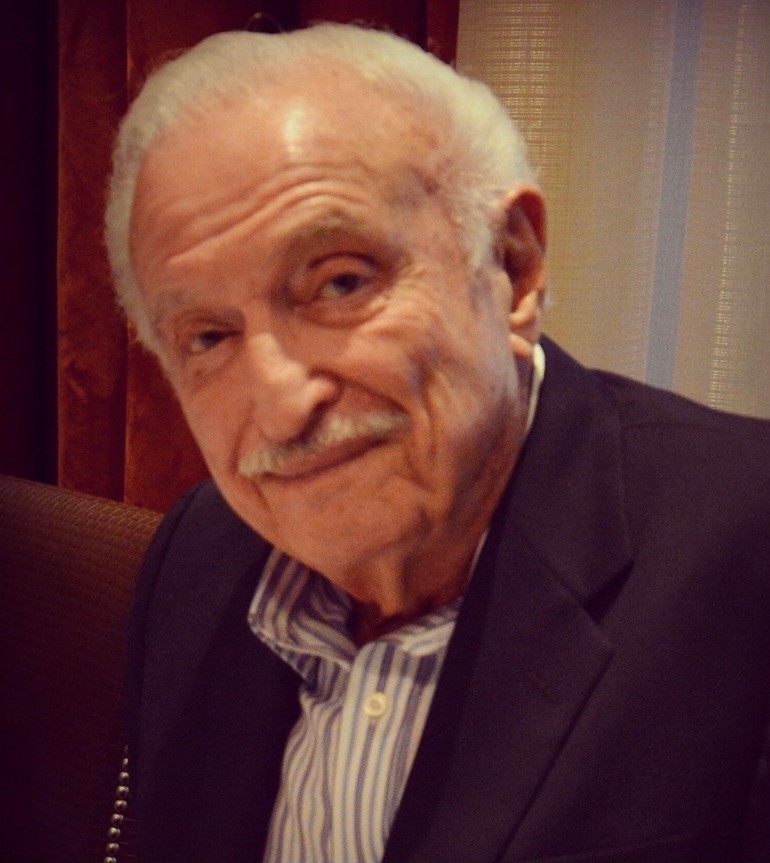 Ralph was born in Chicago, Il. on September 11, 1923 to Annette and Isidor Cohen. He attended the University of Illinois for two years until World War II broke out. He enlisted in the Navy Air Corps and was stationed in Norfolk, Virginia, for training where he hoped to be sent overseas. Instead, as luck would have it, he was sent for active duty to Galveston, Texas, where he met Sonia Zubowski on the beach. They married on January 1, 1946. After the war, Sonia and Ralph settled in Houston and were blessed with two children, Steven and Joni Cohen. Ralph joined his father-in-law, Joseph Zubowksi and three brothers-in-law, Jack Zubowski, Charles Rice and Richard Marks, all of blessed memory, in their grocery business, Jack's Super Markets. Later, Jack's Super Markets merged with Rice Food Markets, where Ralph was named Senior Vice-President. He thoroughly enjoyed and was passionate about the 40 years he spent in the grocery business. He loved every aspect of the grocery business, including all the people whom he worked with - from the carry-out boys to the top supervisors. After his retirement, he kept up with many of the people he worked with, always ready to help or give advice to.

In 1969 life for Ralph and his children changed dramatically when Sonia passed away. He was later introduced to Betty Rae Chotiner, widow of Bernard Chotiner, of blessed memory. Ralph and Betty Rae married on April 5, 1970 and together they raised their four children, Steven (of blessed memory) and Joni Cohen and Cathy and Melanie Chotiner. The two families merged seamlessly, and the word "step" was never used in their home.

Ralph loved the Houston Symphony and Ballet and enjoyed Broadway plays. He and Betty Rae were also avid movie lovers and spent many Saturday nights at the River Oaks Theatre. He loved traveling and together with Betty Rae, they traveled the world, visiting museums in each city they visited. Ralph retired from the grocery business when he was 69 years old and he and Betty Rae spent their summers and winters at La Costa Resort, in Carlsbad, California. Ralph called it his heaven. He served on several boards including Rice Food Markets and The Gathering Place for the emotionally ill. He also served on the board of his building in La Costa. He was an active member at both Congregation Beth Yeshurun and Congregation Beth Israel.

Family was Ralph's top priority and he loved spending time with his children, grandchildren and great-grandchildren. He is survived by children, Cathy and Robert Wise, Melanie Chotiner, and Joni and Benjamin Webb; grandchildren, Allison and Philip Wise, Brooke and Jeffrey Wise and Sarah Elisabeth Webb; and great grandchildren, Laine and Burke Wise, and Blake and Dylan Wise. Ralph's only son, Steven Cohen, passed away in 1976 in Israel. Ralph is also survived by his many loving nieces and nephews. He was predeceased in death by his parents; beloved uncle, David Ralph Stern; his sister Natalie, and all of his brothers and sisters-in-law.

The family wishes to thank the excellent care Ralph received during his illness by Carla Jackson, Private Home Health Care, Diamond Lee and Schunta Van, who went far beyond the call of duty to make Ralph comfortable. Donations in Ralph's memory may be made to Congregation Beth Israel or to the charity of your choice.

The attached photos are added to the memorial of Ralph David Cohen to help share their legacy.

Thank you for sharing your memory of Ralph