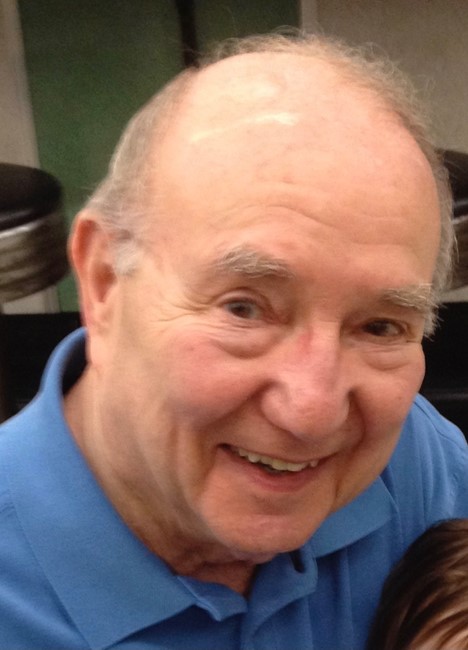 Calvin Harold Cooper, beloved husband, father, grandfather, great-grandfather, and friend, died peacefully on November 9, 2020, in Houston, Texas, one day short of his 92nd birthday. Calvin was born on November 10, 1928, in Louisville, Kentucky. He was the middle of three children born to Edith and Solomon Cooper.

Calvin graduated from Louisville Male High School and attended Western Kentucky University. He married Harriett Dicter on October 11, 1953, and a year and a day later, they had their only child, Sherrie Lynn. Two years later, they moved to Dallas, Texas which would become their hometown for over 60 years. They loved Dallas and built many wonderful relationships with friends who became their extended family. After serving in the army, Calvin worked in the textile industry before selling his business. In 1985, he began working at The Staubach Company, and later Jones Lang LaSalle. He loved going to work every day and formed many special friendships during this time. In 2016, prior to his 88th birthday, Calvin officially retired from JLL. Calvin was an endearing man, well known for his wonderful sense of humor, compassion, generosity, and love of a good meal. No one was a stranger to Calvin. He lit up every room he entered with a big smile and a witty saying. His heart was full of joy, and he appreciated his life well lived. In 2019, Calvin and Harriett moved to Houston to be near their daughter and family.

Calvin is survived by his "bride" of 67 years, Harriett, his daughter Sherrie Kaplan (Richard), grandchildren Steven Kaplan (Erin), Lisa Rosenzweig (Shawn), and Brian Kaplan (Hannah Solsky). Calvin was blessed with six great-grandchildren and many honorary relatives who loved their "Uncle Calvin." He is also survived by his sister Toby Kahn, sister-in-law, Sue Tilson, and his nieces and nephews. He is preceded in death by his parents and sister, Ethel Baer.

A private graveside service will be held at Beth Israel Memorial Garden with Rabbi David Lyon officiating. The family kindly requests that donations be made in Calvin's memory to Allies in Service, Congregation Beth Israel, or a charity of choice.

The services for Calvin have not yet been added. Please sign up below to be notified when the services are ready.

The attached photos are added to the memorial of Calvin Harold Cooper to help share their legacy.

Thank you for sharing your memory of Calvin