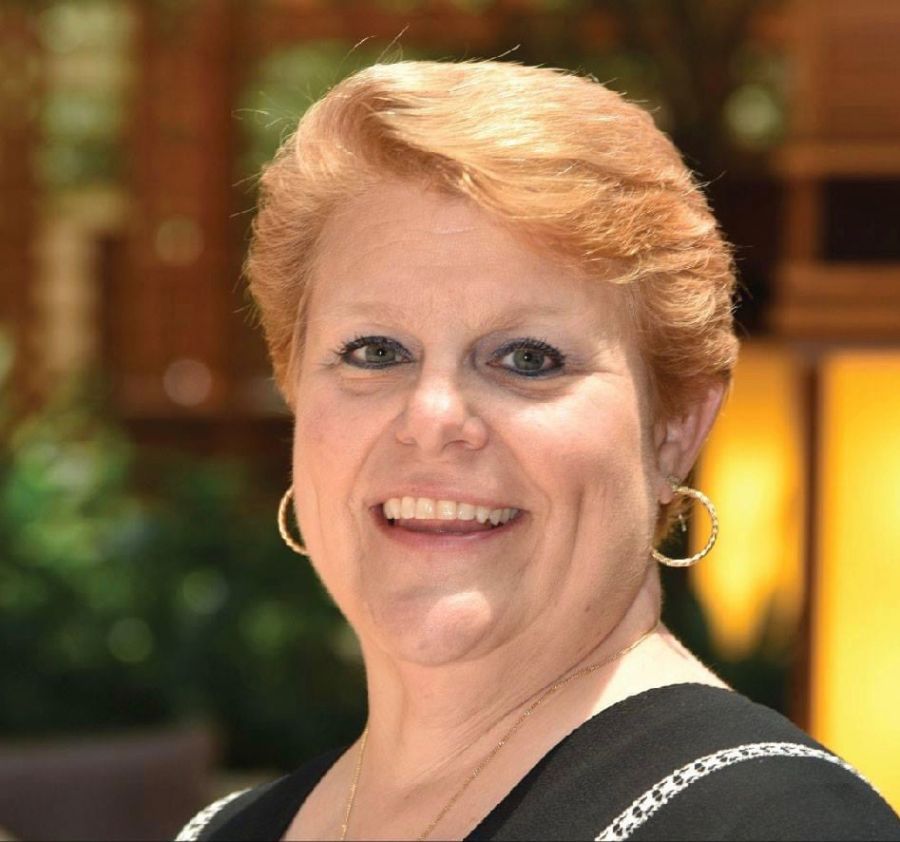 Marni Berkowitz Kaner passed away Tuesday, September 15, 2020 in her home with her family by her side at age 51. She was born May 26, 1969 and raised in Fort Worth by her two loving parents Herbert and Faye Berkowitz. It is from them that Marni learned the importance of family and volunteerism.

In her teenage years, she was very active in BBYO where she took on many roles such as Alton Silver BBG president, NTO vice president, the first NTO regional conventional coordinator, and Gilbert AZA sweetheart nominee. BBYO taught her leadership skills she used throughout her entire life. She graduated from Paschal High School in 1987, where she was the yearbook editor, a member of Panther Pride, and took a trip to Mexico City with the Spanish club.

She studied at the University of Texas at Austin to become an elementary school teacher. In Austin, she enjoyed the sisterhood as a member and then president of the Delta Phi Epsilon sorority. She showed her longhorn spirit while painting the store windows of the 'drag' as a member (and eventual board member) of Texas Spirts. This is also where she met her loving husband of 28 years. Upon graduation, she remained in the area to teach 3rd grade in Roundrock at Voight Elementary while her fiancé completed his degree.

On July 5, 1992, Marni and Joey Kaner began their lives together by signing the Ketubah at Ahavath Shalom in Fort Worth with Rabbi Sidney Zimelman officiating. Marni's grandfather, David Berkowitz, was honored to give the seven wedding blessings. At the hotel wedding reception, Miss America surprised the newlyweds with a visit to congratulate them. Then, off to a honeymoon in Las Vegas.

As they started their lives in Dallas, Marni began as a third grade (and later fourth grade) teacher in McKinney at Burks Elementary. The students and faculty loved and respected her, and enjoyed Flopsy the class pet rabbit that roamed the room all day long. She relocated to open Reuben Johnson Elementary to open its first school year.

The most special times for Marni were when she became the mother of her "babies". Raising her daughter Elizabeth and her son Brian was everything she ever wanted to do. So, after teaching for 8 years, Marni decided to devote her time to her children and family, while always keeping a passion for helping the community.

She was involved with all of her children's activities. She helped out at the JCC preschool. From Elizabeth's first grade year through junior high, she was the Girl Scout troop leader. She volunteered as a Boy Scout merit badge counselor for Brian's troop. There were countless hours assisting with Pearce and Parkhill band, and club volleyball, and SVAA basketball & football games. When Elizabeth became president of Hillel at UNT, Marni joined the board.

Marni's most passionate volunteer endeavor was PTA because of its mission as a voice for every child and its support of public education. She joined PTA when the children started elementary school, but never left. She enjoyed every level of responsibility, from being room mom, to the Bowie Elementary board, to Parkhill JH president, to helping at the Richardson ISD level (reflections chair; book fair; council president), and all the way to the Texas state board (vice president of membership; field service representative). For her hard work, she received a life membership and a special 'wonder woman' award. Anyone wishing to honor Marni, please join a local PTA or the Richardson PTA.

She loved playing Mah Jongg, Rummy Cube, scrapbooking, and being with all of her friends from many walks of life. She and her husband liked taking strolls at the Dallas Zoo, Six Flags (and any other amusement park they would visit). They had an opportunity to travel with the Dallas Cowboys to Tokyo.

Marni was diagnosed with breast cancer in 2018. Upon learning she was a carrier of the brca cancer gene mutation (and first known to have it in the family), she contacted many family members (including newly located family members she never knew) to ask them to be tested for this gene. She probably saved some lives by passing this information along. If you have a family history of cancer, and are of European Ashkenazi descent, please get tested for this gene. Early detection can prevent.

While battling cancer 2 years, Marni lived her life with the same quality as her first 49 years. On her 50th birthday, Mickey Mouse sang happy birthday to her at Disneyland. She truly lived on her terms until the very end.

If you would like to join RISD PTAs and support Marni's Angel membership program and / or make a donation in memory of Marni Kaner, the link is listed below: https://risdpta.membershiptoolkit.com/packet/15301983

Joey and family, I am so sorry for your loss. I always really enjoyed her company and assistance during the many Scouting events - her warmth and caring will be missed by all. Our thoughts and prayers are with you and your family during this very difficult time. Sincere Condolences, Joe Herbst

Sep
Wednesday
Shearith Israel Memorial Park
4634 Dolphin Road
Dallas, TX, United States 75223
11:00 AM
Rabbi Roffman to officiate. The family will have a private graveside service due to limited amount of people allowed at graveside (COVID). Please reach out to Congregation Shearith Israel or the family for access to the live stream tomorrow.
Directions  Add to Calendar

The attached photos are added to the memorial of Marni Jan Kaner to help share their legacy.

Thank you for sharing your memory of Marni