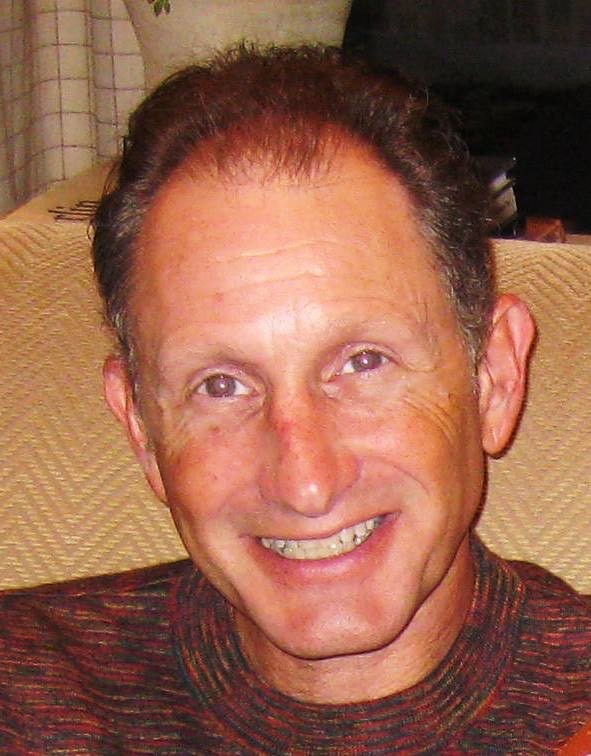 Joshua Nathan Roberts, husband, father, brother, son, uncle, and friend passed away peacefully on Sunday, September 6th, 2020, surrounded by his wife and children. He was deeply cherished for his generous heart, radiant smile, selfless dedication to his family and friends, and a positive, unyielding enthusiasm for life. He had an inexhaustible reservoir of intense love for all of his family and everyone he cared about, but his greatest passion was clearly for his wife and children. Josh did not live his life vicariously through his kids. His joy was not in the reflected glory of being their dad. He was exhilarated by their excellence and what it meant for them.

Josh excelled at everything he attempted. In his youth, he was special in the classroom and on the field. He was a very gifted athlete. He was a nationally ranked, world class figure skater. He skated at the United States National Figure Skating Championships and was a serious contender for the US Olympic team. He continued to apply that same demanding work ethic and commitment to accomplishment throughout every endeavor of his life.

As an adult, Josh served for 30 years as the General Manager of Roberts Carpet & Fine Floors and he was deeply admired and respected nationally throughout the industry. Jewish education and family traditions were extremely important to him. Josh had an extensive knowledge about his Jewish heritage and a dedication to its principles and traditions.

Joshua was born in San Antonio, Texas on December 12, 1960. He was preceded in death by his parents, Helene S. Roberts and E. Robby Roberts; father in law, Kenneth L. Krasoff; and his brother in law, Alan J. Zeplain. Joshua is survived by the love of his life, Gina and their two children, Benjamin and Julia; his mother in law, Loretta Krasoff; and his siblings, David Roberts, Samuel Roberts (Valerie), Mindy Rosenthal (Lee), Suzy Solomon (Stuart), Polly Robinson (Ralph); brothers in law, Jay Krasoff and Steve Krasoff (Molly) and numerous adoring nieces and nephews.

The family wishes to give special thanks to Dr. Stephen Lapin and Dr. Stuart Solomon.

A private funeral service and burial was held on Tuesday, September 8, 2020 at The Sophia and Jack Bender Memorial Chapel - Beth Yeshurun Post Oak with Rabbi Brian Strauss officiating. To view a recording of the funeral service please use the following link https://venue.streamspot.com/video/24278eaf24. Contributions in Joshua's memory may be made to the Emery Weiner School by visiting http://www.emeryweiner.org

Gina, I am so sorry about the loss of your beloved Josh. Although you & I have not seen one another for many years, my love for you & your family has not diminished. Although I was not blessed with knowing Josh, my heart hurts for you. Please know that I hold you & your children close in prayer in this most difficult time. I love you. Lisa Cashiola Coleman

My heart hurts, knowing that the Houston community has lost such an amazing man. Anyone who was fortunate enough to know Josh, loved the man he was. I first met him in 1978, and wanted to be just like him. Everyone loved Josh. Even back then, he had the confidence to be himself, and was a leader, not a follower. He had his own style- I wore clogs, because he had the confidence to pull them off. He transcended confidence, genuineness, and like ability without trying. I always admired him, and couldn’t not smile, when I saw him. His wife and kids were everything to him- he was never happier, then when we fell in love with Gina. I’m sure his legacy will be passed on in his children. May everyone who knew him, take what they learned and loved about him, be a part of their lives.

Josh was a friend from both the skating rink and school. Truly, one of the most positive human beings I’ve ever met. May cherished memories comfort his family.

This is sad to hear. I always wondered who would be lucky enough to share a life with such a happy, smiling, rosy cheeked guy like JOSH! I am not surprised to read his obit and see that he led a good life- cut short but blessed. Condolences to his family - hold those amazing memories! I still have mine of him from Johnston and Bellaire!

So sorry to hear of Josh's passing. Josh was always upbeat and freindly in high school...a rarity back in those days! That carried over a few years later when Ben and my son Charlie played select baseball together. I always enjoyed having gametime conversations with Josh! He always kept things interesting and fun.
He will be missed!
John Bartlett

My heartfelt condolences to his entire family and friends. Having known Josh since preschool he made my journey on earth and those around him much more interesting and fun. He was so smart, being the only person I every knew who could do a crossword puzzle all in ink and get them all right. I’ll always think of him as wanting to bring joy to others. He had so much much energy that when he walked into a room one couldn’t help to be drawn to him. I will miss that sweet talented Guy and his incredible smile. R.I.P. my friend. Prayers and hugs to those who are hurting. I was privileged to have known him. God Bless
Love , Denise Rosenblatt Laws

Gina, Sending condolences from my family to yours. We met when Julia and Melissa were in preschool and then were reacquainted when they were in middle school. Josh was always so outgoing and friendly. I loved his infectious enthusiasm and joy for life. His smile lit up the room. May blessed memories of him always bring you and your children comfort.

So sorry to hear of Josh's passing. What a nice man and a consummate professional. My most sincere and heartfelt condolences to the family. Blessings.

A private graveside service will be held.
Directions  Add to Calendar

The attached photos are added to the memorial of Joshua Nathan Roberts to help share their legacy.

Thank you for sharing your memory of Joshua