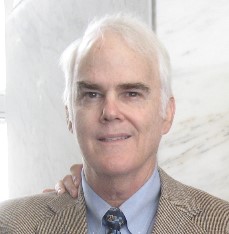 Jerome P. Lipnick, 76, passed away on July 20, 2020, from complications due to COVID. He was born in Galveston, Texas, on July 14, 1944, and grew up as a first generation American in a vibrant Jewish community of families who immigrated from Europe and settled in Galveston.

He took his first plane ride to attend the University of California, Berkeley, where he graduated Phi Beta Kappa in 1966. A true Texan, he returned to graduate from the University of Texas Law School and practiced law as a partner in Lipnick and Gordon for 35 years.

He loved golf, working out, eating a good burger, and above all his family. If you knew him at all, then you've heard him speak about them at least once or twice, "to make a long story short". His keen mind, spontaneous sense of humor, and Southern drawl endeared him to his friends and family. He modeled integrity and compassion, always ending phone calls with a "be careful" and never seeking recognition for his generosity or accomplishments. Like his parents before him, he always said his greatest accomplishment was giving his children an education.

A private graveside funeral will be held at the Congregation Beth Israel Memorial Garden. In lieu of flowers, donations in his memory can be made to the Houston Food Bank, Jewish Family Service Chaplaincy Program, or the charity of your choice.

Hope, my thoughts and prayers are with you and your family. You have journeyed so many during times like these. I pray that you have all the support you need.
Brooks Heard

Hope - so sorry for your loss. Thinking of you at this time.
Davie Lou & Jack Solka - Austin

My J to the R-O-M-E I am going to miss you so much..
You were an amazing person inside and out..
Thank you for all the wonderful encouraging words and amazing times. One thing I know for sure is you loved your family!! We will meet again sleep peacefully

The services for Jerome have not yet been added. Please sign up below to be notified when the services are ready.

The attached photos are added to the memorial of Jerome P. Lipnick to help share their legacy.

Thank you for sharing your memory of Jerome