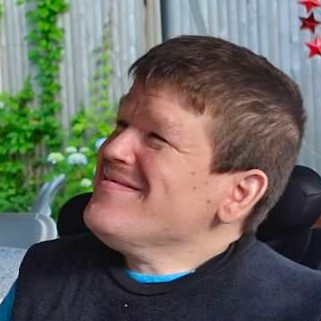 Frederic "Ricky" Blaine Hodgkins, 41, of Houston, TX died unexpectedly at home early Friday, July 10, 2020. He was born February 13, 1979 to Robb and Anita (Sazin) Hodgkins. Diagnosed since age 10 with San Filippo Syndrome (MPS IIIA), Ricky attended special education classes in Cypress Fairbanks schools and graduated from Dorothy Carlton Center in 2001. Most recently he attended day hab programming at Joel Elijah Day Activity Center and received HCS services from The Center for Pursuit. The family wishes to thank these programs and his many caregivers, in particular Massah Bernard, for their support which allowed Ricky to continue to live at home within his community.

Ricky enjoyed eating King Palace Chinese food, Hickory Hollow BBQ, pancakes from IHOP, fish, and cake with vanilla ice cream. Recently, his dinners were not complete without two-bite brownies for dessert. He could often be found in his lounge chair kicking off his slippers and listening to music on his iPod. Ricky also enjoyed visiting Cape Cod, MA, especially celebrating his 40th birthday with his many aunts, uncles, and cousins. Though his words weren't many he could light up a room with his smiles and belly laughs. Throughout his short life, he taught us many lessons about patience, unconditional love and cherishing the time we have together with those we love. Ricky and his sister Robyn shared a very special bond. In that moment when he laughed and smiled with her or gave her one of his bone-crushing hugs, we knew all was well in his world. We may have lost our beloved 'Energizer Bunny', but there will be a new star in the heavens tonight with his passing.

Ricky is survived by his parents, Robb and Anita of Houston; younger sister, Robyn of Silver Spring, MD; and numerous loving aunts, uncles, cousins, and extended family across the U.S. from Massachusetts to California. A private graveside service for his family will be held at a later date.

In lieu of flowers, the family requests that donations be made in Ricky's memory to the National MPS Society at www.mpssociety.org or to the Team Sanfilippo Foundation at www.teamsanfilippo.org.

more memories of an angel

more memories of Rick with love

Ricky was a true inspiration to many ! Thank you for sharing his life with so many of us ! Love to you all 🤗❤️🤗❤️🤗 Love, Patty and Jesse 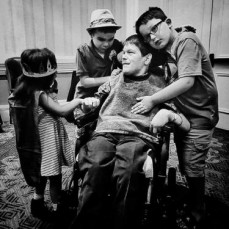 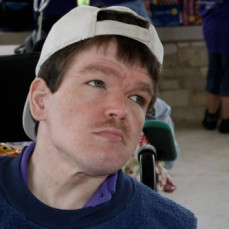 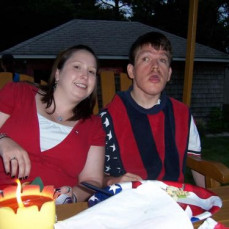 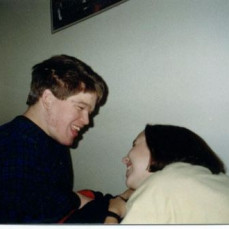 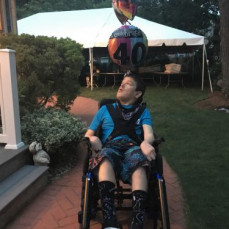 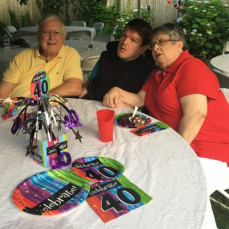 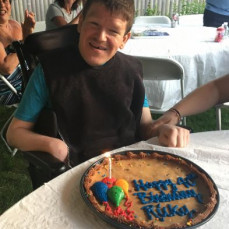 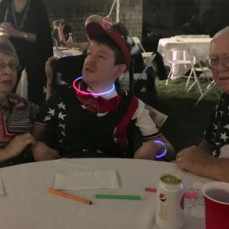 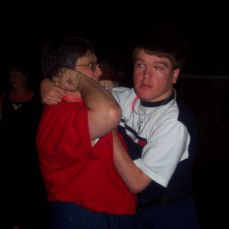 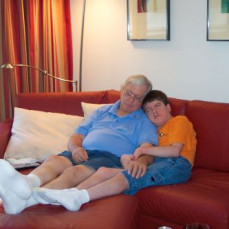 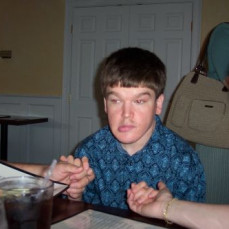 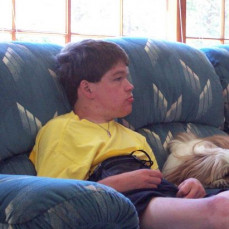 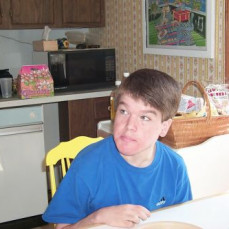 The attached photos are added to the memorial of Frederic "Ricky" Blaine Hodgkins to help share their legacy.

Thank you for sharing your memory of Frederic "Ricky"