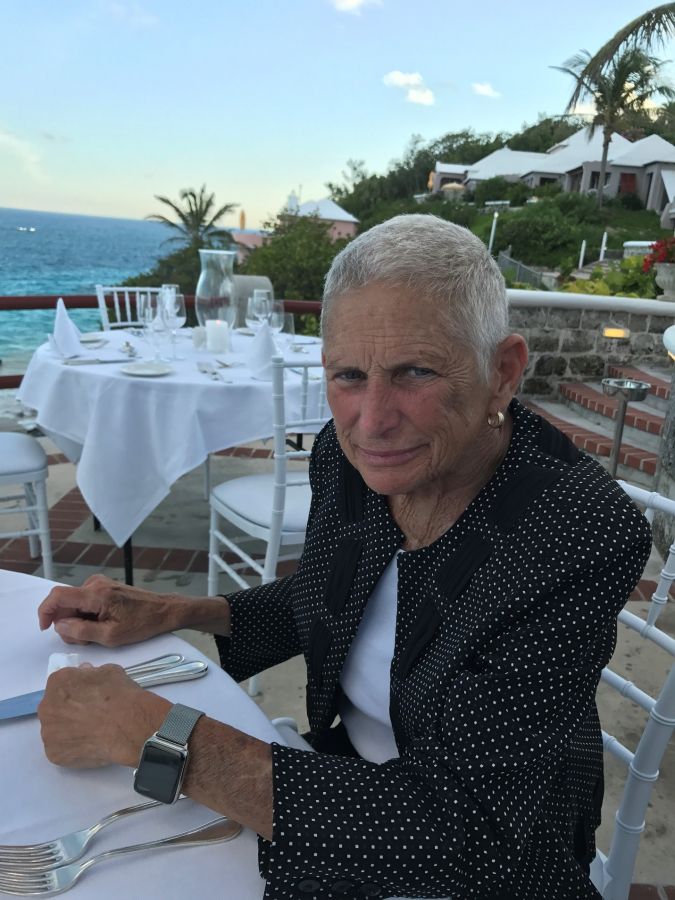 Carolyn was born in Houston, Texas, on April 13, 1947, to Mose and Shirley Macow. Other than college years, she has resided in Houston all her life. Her education began at Roberts Elementary, then Pershing Middle School, then Bellaire High School, then The Sophie Newcomb College of Tulane University. She graduated in 1969 with a Bachelor of Science degree in Biology.
At age 9 she won a contest to conduct the Houston Symphony, which she did enthusiastically, the start of her competitive nature. She was a very bright and intelligent woman, and was an avid reader all her life. She was co-editor of her high school yearbook, The Carillon. At Tulane she belonged to Sigma Delta Tau sorority and with those friends she built many Habitat for Humanity homes in New Orleans after Hurricane Katrina. She was very athletic and forever dedicated to her golf game playing well into her 60's, winning her share (not as many as she wanted) of trophies. She was a board member at Sugar Creek Country Club, and the friends at the Club became the most important part of her life for many years (but not enough years). It was the happiest years of her life and so important because it kept her active and oh so hopeful to continue playing golf. It gave her something to look forward to while she tried to recover from all of her health issues. Her friends at Sugar Creek were so supportive of her and understanding. For the past several years, when she could not play, she woke up most Friday mornings and planned to go to the Club to be with her friends, it was a very special thing for her. Very few times did she make it, for she was so tired at the end of the day.
Carolyn's first job - ever - was after college when she was hired by The Baylor College of Medicine. She became a research technician in the rheumatology department, an irony that would become apparent later in her life. An indication of her work, from a lowly research technician, was that the department included her name as a contributing author on a few of their medical research publications. She established life-long friends from this early experience. She was dedicated to her work and her friendships. But no breakthroughs were ever apparent, so after 11 years, she changed careers in her late 30's.
She went back to school, the U of H, to get the classes she needed to become an accountant, a CPA. She started this career at a company named Tyler-Ellis-Tuffly. She never left the firm, but the firm was gobbled up by other larger firms, and she ultimately retired from Price-Waterhouse (now PWC) after 20 years in the industry. Her responsibilities in her last few years were the tax returns for the firms' partners and the corporate staff of some of their clients, an indicator of the trust they had in her.
At the ripe old age of 14, Carolyn met Steve Leatherwood who quickly became her life companion, a life of unswerving devotion. They married on June 21, 1970. Throughout her illness, Steve took care of her every medical need which eventually became 24 hour care. They recently celebrated their 50th anniversary (almost 60 years together). Their love was a beacon that shined on everyone.
Giving to others was the major facet of her life. It ranged from helping nieces, nephews and the children of close friends with home ownership to human rights, women's issues, extending education, animal care and medical care. She was very sensitive to the needs of others and she tried to contribute.
From the age of 26 or so, all of her accomplishments, dreams and goals and everything that she wanted to do, were hindered by staggering health issues. It inhabited and inhibited her body in so many ways. Soon after her marriage, she was diagnosed with Crohn's disease and major surgery was performed on her at such a young age. The scope of the disease was crippling and complications remained with her until yesterday, June 28, 2020. Her ability to overcome was a tribute to her courage and her certain belief that she would get better eventually. It never stopped her from trying. As recently as weeks ago, she was talking about when she could start chipping and putting again, yet she could barely walk on her own. Today she has no pain, no bags hanging from her, no dialysis machine, no doctor appointments, no ports to get infected, no saline infusions pumping into her every day and night, no drug infusions, no cramps from dehydration, no draining of swollen arthritic knees, no painful treatments, no needles sticking her for repetitive blood samples, no crippling arthritis pain. And no embarrassing accidents will ever happen to her again. She is now in a better place.
Carolyn is survived by her husband, Steve, her sisters Barbara Levine (Mel) and Ricki Florsheim (Joel), as well as nieces Janis Stone (Larry), Robyn Regan (Fran), and Stacy Ettinger (Scott) and nephew Mike Levine.
Steve wants to thank Ana Rivera for her dedication to Carolyn and her help in always making Carolyn as comfortable as possible.
Carolyn wanted to support the University of Houston. In her memory an endowment has been established. Checks may be made to "The Carolyn Leatherwood Endowment-University of Houston", PO Box 867, Houston, Texas 77001-0867. A celebration of her life will be held at a later date when it is safe for all...

So very sad to hear about Carolyn's passing. You were both blessed to have such a loving relationship for so many years. Sending heart felt sympathy to the family. Love, Diane Lepow

May Carolyn's life and her memory be a blessing and a model of strength fo us all. So glad to learn all about her essence and her accomplishments! Nanette Tashnek

The services for Carolyn have not yet been added. Please sign up below to be notified when the services are ready.

The attached photos are added to the memorial of Carolyn Macow Leatherwood to help share their legacy.

Thank you for sharing your memory of Carolyn