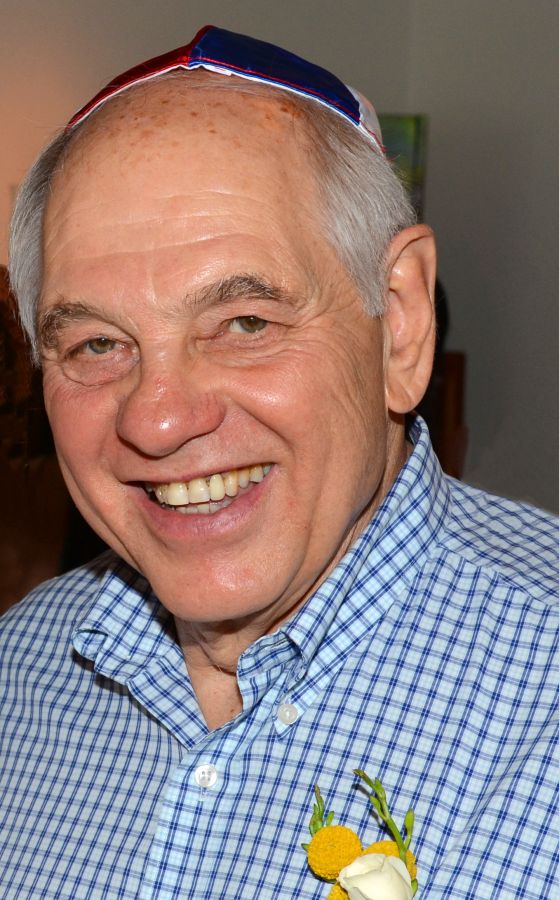 J. Victor Samuels, an entrepreneurial builder of businesses, community organizations, and extended family connections, died on Sunday, June 14, 2020. Vic was a rare seventh-generation Jewish Texan, an outspoken liberal, and proud American. Although the husband, father, grandfather and friend known for decades had faded with Alzheimer's over the past years, Vic spent his last week surrounded by family and loved ones.
Vic was born in Corsicana, Texas, on December 25, 1940, and moved to his lifelong home of Houston, Texas, when he was only six months old. He famously got his first job at age six and worked continuously for the following 69 years. A star athlete at Lanier Junior High and Bellaire High School, Vic was always proud of his accomplishments on the football field and baseball diamond.
For college, Vic ventured far to Brandeis University, where he loved his study of history (including a class taught by Eleanor Roosevelt), served as senior class president, and most importantly met his partner in life, Bobbi. Vic and Bobbi were married a week after their 1963 Brandeis graduation before heading to Portland, Oregon, and Reed College to get Masters in Arts in Teaching degrees in 1964. A somewhat frustrating year of teaching history on Long Island, convinced Vic and Bobbi to head back to the boomtown of Houston and enter the world of business.
After starting his career at Houston Corrugated Box, Vic spent the ensuing 50 years creating, building, and managing four substantial businesses employing thousands of employees: Houston Terminal Warehouse, Leedo Manufacturing, Leedo Furniture, and Victory Packaging. As a risk taker willing to bet it all and as an excellent strategic thinker, operator, and negotiator, Vic led his businesses to tremendous success. Vic also took pride in his role as mentor to many young professionals.
However, Vic only spent about a third of his time building companies. He was completely devoted to true work-life balance (even if they didn't call it that back in the 1960's) and often said that he divided his time evenly between business, community, and family. His commitment to community was born in philosophy and example from his parents, Irving and Elsie Samuels. Repairing the world was a cornerstone of his Judaism. Upon accepting one of the dozens of awards he received in his life, Vic explained "Those of us fortunate to have excess energy and time after taking care of life's essentials define our lives by what we choose to do with our 'non-work' time - the rest of our lives. What do we dedicate ourselves to? Are we self-indulgent or do we define ourselves by repairing the world and completing creation? We are what we commit ourselves to. We have a responsibility to make the world a better place."
There are so many organizations which would be completely different without Vic's involvement that listing them here would make for a tedious obituary. Thus, a sampling. In 1967, Vic was among the leaders who started and led Citizens for Good Schools, a diverse group of young leaders that literally took over the Houston Independent School District Board to make peaceful, productive, thoughtful desegregation of area schools possible. Over the years he was particularly engaged with Houston Achievement Place, the Jewish Community Center, HITS, Brandeis, the Woods Project, Leo Baeck Education Center, the School of Social Work at the University of Houston, and numerous political campaigns. He was known as a creative and incisive thinker who unflinchingly asked difficult questions and pushed for organizational change and leadership. The legacy of this commitment to community continues with the Samuels Family Foundation, which Vic and Bobbi created in 2015.
To his children and grandchildren, finding time for his family among all of his other endeavors always appeared effortless. He coached the little league teams, attended theater performances, and always made it home for family dinners. Vic and Bobbi's home was always the center of children's activities. Vic was an active participant and (as his kids got older) a pretty fierce competitor in pick-up basketball and touch football games. Extended family was important enough that Bobbi and Vic started and still maintain a tradition of ever-growing family reunions.
Vic and Bobbi's relationship is the model for us all. They shared each other's challenges and victories and built a family that started with their three sons, Ben, Josh, Jeremy, and their "almost sons" Lonny Hoffman and Wayne Consolvo; expanded with their three daughters-in-law, Marci, Cheryl, and Suzan; and will continue with their seven grandchildren Megan, Ethan, Zachary, Nathaniel, Leah, Mimi, and Gabby. Bobbi and Vic have travelled the world together and sunk deep roots into their Houston community. But mostly they were devoted to each other for their 57 years of marriage and partnership.
Vic was a larger than life character. He pushed the boundaries of authority, loved risk taking, and filled every room that he entered with his countless (sometimes inappropriate) stories, humor, and thought-provoking conversation. He loved to prod those around them to dig deeper. And he loved to win. Our world has missed this version of Vic for some time, but today we remember and honor all that he was.
In lieu of flowers, please consider making a donation in Vic's honor to the ERJCC, the Leo Baeck Education Center, or the Alzheimer's Association.

I've know Vic for many years. Not close friend, but a friend. Always pleasant and friendly, a really good person. RIP my friend, and we will always cherish the memories. Larry Frieden.

Vic Samuels is one of the finest people I have ever known...a great loss.

Vic Samuels and Bobbi are the greatest friends one can have. Vic, filled with stories and humor, entertained and taught those who surrounded him. The entire Houston community will miss this great leader and thinker. Peg Hill

Love you - Miss you. Hugs to the Samuels Family

Dinner at the Samuels' house is one of my favorite memories. I learned and laughed and competed in games. Vic asked me difficult questions and challenged me to grow; though he left teaching early in his career, he was nevertheless one of my great teachers. I carry him with me.

I am blessed to have known Vic. My condolences to Bobbi and the rest of the family.

The services for Vic have not yet been added. Please sign up below to be notified when the services are ready.

The attached photos are added to the memorial of Vic Samuels to help share their legacy.

Please help memorize Vic Samuels by recording your attendance below.

Thank you for sharing your memory of Vic