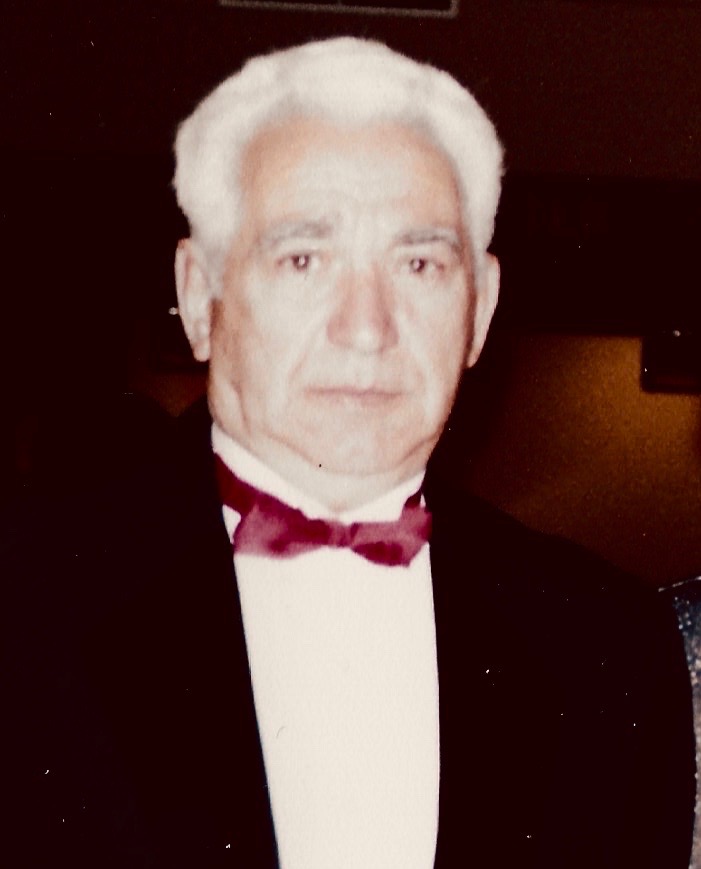 It is with great sadness that we announce the passing of our father and grandfather, Vilen Kolonsky, on Saturday, June 13, 2020. In recent years dad had experienced multiple health issues but remained physically active, energetic, full of curiosity and zest for life until late December 2019. Ultimately, he succumbed to pancreatic cancer.

Dad was born on July 30, 1932 in the capital of Ukraine, Kiev, then a part of the Soviet Union. He was the younger of two children born to Roman Kolonsky, originally of Vasilkov, and Elizaveta Leah Zaydman, originally of Zhitomir. He grew up surrounded by many aunts, uncles, first cousins and two grandmothers. Most of the extended family lived in the same apartment building in Kiev until Nazi invasion in June of 1941. At that time dad's immediate family, along with the family of his maternal aunt and grandmother, found refuge in Sverdlovsk (now Yekaterinburg), east of the Ural Mountains. He never forgot the long and dangerous train journey from Kiev, when German planes flew overhead and dropped bombs for a portion of the way. As soon as the family settled in Sverdlovsk, Roman, a career military officer, went off to war. It was in Sverdlovsk that dad acquired his lifelong love of horses, handguns and cigarettes. Sadly, of those three loves he was able to partake only in smoking.

After the WWII he returned to Kiev where he graduated from high school and Kiev River Fleet College majoring in Electrical and Mechanical Engineering. Following graduation, he was drafted into the Soviet Navy and started training to become a Naval Aviator. In 1954, while on short leave in Leningrad, dad and his father visited old neighbors who had moved to Leningrad at the end of the war. That was the first time he and Lillya Reznik met as adults. They married in March of 1955, but kept it a secret because Lillya's father objected to this union. Vilen continued his training at the Naval Aviation School in Tallin and Lillya was completing nursing school in Leningrad. At some point dad had to abandon his training at the urging of his mother who did not want her son to spend his life in military service. As Vilen returned to the civilian life the secret marriage was no longer a secret and the newlyweds started their lives together. They had two daughters - Marina and Svetlana. A couple of years later the family moved to Kiev where Vilen worked as master electrician.

He loved spending time with his children, nieces and nephews and friends. In reality, dad was a big kid himself. Every year we spent the entire summer vacation in the country house of our maternal grandparents outside of Leningrad, being cared by the grandparents. Mom and dad joined us only at the end of summer. Our cousins and other friends were eagerly waiting for our dad, because everyone had the most fun after his arrival.

Often, dad was the one who stayed home with us when we were sick. He was not a good cook (once he attempted to fry eggs in a regular, not a non-stick, pan without any butter or oil), but he made sure we took our meds and warm liquids and were never bored.

Dad cherished his friends. Most of them had been his friends since his teenage years and some were from the pre-war years. He was a very loving and devoted son to his parents. Yet when we decided to leave the Soviet Union, he made the difficult choice to do what is best for his children even though his parents decided to remain in Kiev.

We all arrived in Houston, TX in late 1976. During the first 5 years in this new country he changed jobs many times. He also made many new friends. Finally, in 1981 he started working for Kloeckner-Mueller Electric where he worked until he retired in his late 60's. The retirement lasted only a few months and he went back to work. In the late 1980's and early 1990's dad became grandfather to Anthony, Sarah and Benjamin. He loved being a grandfather! He played with the grandkids, read to them, took them swimming, taught them old Russian songs and delighted in their achievements. Kids looked forward to the weekend sleepovers at grandparents' house.

In the Fall of 2003 dad contracted West Nile Virus, which put him in a coma and nearly killed him. The odds of his recovery were slim, but with mom keeping a constant vigil by his side he surprised his doctors and made what appeared a complete recovery. However, soon after he left the hospital, it became apparent that while he did regain his physical strength, the West Nile affected his mental status. Despite of his strong desire to work, he could no longer hold a job. He remained physically active, enjoyed spending time with family and friends, and proudly participated in the lives of his grandchildren.

Starting in the late 2016 through the end of 2019 dad attended Sunshine Community Center where he enjoyed companionship of other senior citizens a few hours a day during work days. Our family is very grateful to Peter and others who watched out for dad at the Sunshine Community Center. We are also very grateful to Dr. Geraldine Gossard, dad's primary care physician for the compassionate care during the past several years.

He was preceded in death by his parents, Roman Kolonsky and Elizaveta Leah Zaydman Kolonsky, stepmother, Hanna Dizengoff, beloved wife of 62 years, Lillya Reznik Kolonsky, and son-in-law, Eugene Zabelshansky. He is survived by his daughters, Marina Kolonsky and husband, Farhad "Fred" Salehian and Svetlana Kolonsky-Krizeman and husband, Benjamin Krizeman; grandchildren, Anthony Salehian, Sarah Salehian and Benjamin Zabelshansky; one sister, Zoya Voevodina and nephew, Valery Koshelev; niece, Victoria Feldman Duncan and husband, Jesse Granado, Victoria's daughters, Ashley and Natalie Duncan and their father Scott Duncan; first cousins, Leonid Kolonsky and Valentina Kolonsky and their families. Others whom Vilen loved dearly are Farhad's brother, Amir and his wife Anahita, their daughter, Liana and cousin, Ali. Dad is also survived by many wonderful friends which are too numerous to list.

Due to the current COVID-19 pandemic, a private graveside service was held on Tuesday, June 16, 2020 at Emanu El Memorial Park with Rabbi Dan Gordon officiating.

The services for Vilen have not yet been added. Please sign up below to be notified when the services are ready.

The attached photos are added to the memorial of Vilen Kolonsky to help share their legacy.

Please help memorize Vilen Kolonsky by recording your attendance below.

Thank you for sharing your memory of Vilen