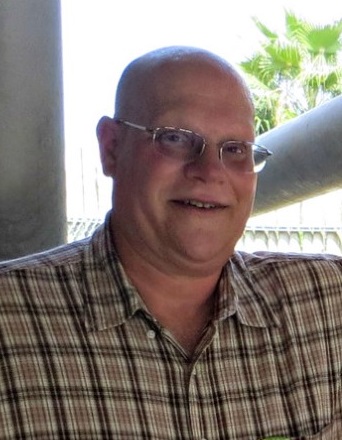 Dale Robinson Born in 1958, Dale Robinson passed away on May 17, 2020. He graduated from Bellaire High School in 1976 and attended North Texas State University. Throughout his life, Dale was an avid reader and was quite knowledgeable on many subjects, but his favorites were history and science. He also thoroughly enjoyed a good movie, especially science fiction. Football on Sundays, however, was his passion. He particularly liked watching his favorite team, the Pittsburgh Steelers.

Dale regularly visited the Houston Zoo and various museums. The Houston Museum of Natural Science, the Museum of Fine Arts, and the Holocaust Museum Houston were among his favorites. Going Behind the Scenes at the Houston Zoo to visit the big cats, rhinos, and giraffes and going early in the morning to walk the cheetah around the zoo were quite thrilling for Dale. Dale earned a certification as a Texas Master Certified Nursery Professional from Texas A&M and later was certified as a Master Gardener. He worked at several nurseries in the Houston area helping customers to achieve special gardens. Dale was sought out by many customers for his expertise on plants. During his 20-plus years working in the nursery industry, he received many awards for his expert customer service, as he truly took an interest in each customer.

He was particularly proud of the fact that during his time at Cornelius Nurseries, he often helped former First Lady Barbara Bush with her plant selections. Following his nursery career, Dale spent five years working at the Houston Museum of Natural Science, which became his second home. He took a special interest in showing people around the museum and explaining various exhibits to them, as he knew every aspect of the museum. When his health began to deteriorate, Dale took up residency at The Medallion. While there, he made many new friends who often sought his help with trivia games, as he was a veritable expert on all types of trivia. He was elected to the resident board and eventually was elected president of the resident board in 2019. He was even elected Purim king in 2020. While living at The Medallion, Dale especially enjoyed Judaic classes conducted by Rabbi Mark Urkowitz, and participating in many activities such as Lunch Bunch and trivia games. Dale is pre-deceased by his mother, Sonnie Schepps Robinson; his father, Jerry Robinson; his brother Gerald Robinson; his grandparents Rose and Ben Robinson and Manet and A. I. Schepps; and his uncle Al Marshal. He is survived by his stepmother, Dana Robinson; his siblings, Cary and Karen Robinson, Ross and Laurie Robinson and Robin Robinson and his aunts and uncles, Nancy and Arthur Brand, Rita Marshal, Dennis and Marion Schepps, and Gilda and Warren Sprung. He is also survived by six nephews and numerous cousins.

Special thanks to Dr. Leslie Nowitz, Bernel Ogbonmwan, and the staff at The Medallion (including Annette Betz, Jennifer Barnes, and Janice Reagan) for their compassion and expert care.
Donations can be made in Dale's memory to the Houston Zoo, Houston Museum of Natural Science, The Medallion at Seven Acres, or a charity of choice.

Although I only met Dale in 2018, I could tell he was a sweet soul. I was amazed at his memory and ability to encourage so many. He will be truly missed. May G-d comfort all in significant ways now and in the days ahead.

Thanks cousin, for taking me behind the scenes, at the zoo.

If the measure of a man is judged by how many friends he had; how many lives he touched and improved -- Dale can be considered an extremely tall man. I can't imagine there being many who met him who did not love him. He was truly a mensch. He is definitely a reflection of his upbringing. I know his grandparents -- on the Schepps and on the Robinson side -- have always been proud of what a wonderful person he was. To me, he was a great cousin AND a great friend. Dale -- You are truly a special person. Your memory will definitely be a blessing to all of us whose lives you touched. May G-d always watch over you and may you rest in peace.

Dale was a rock in our family and in many ways a glue that held our family together (although we will find a way to survive with only his memory). He was the go-to guy to find out the names of relative's spouses and children, as he kept up with everyone and had an amazing memory. He was a member of the city zoo and most museums, so he kept me cultured and active in those important aspects of the community. He had a huge and generous heart. Although, he did have his list of those he didn't like and he let me know it. So, it was a running joke that Dale dislikes everyone. But, you'd never know it, because he treated everyone the same. He was smart and wise, knowledgeable on a variety of topics and savvy enough to be elected President of his residents' association, where he lived. He loved to travel and missed it, while always talking about the day he would get to do it again. So, although this is not the journey I nor Dale wished for him to take just yet, I know, with Dale Robinson as the traveler, it will not only be an adventure, but it will be a great family gathering for all those who preceded him. I am so deeply saddened by this loss. But, so honored to have had so many wonderful and memorable years growing up with and hanging out with my cousin. RIP Dale. I can't imagine life without you. But, I fully intend to meet up with you again (unfortunately, not very soon). 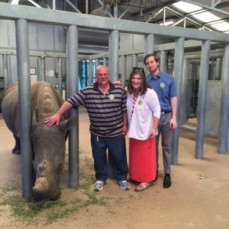 The attached photos are added to the memorial of Dale Robinson to help share their legacy.

Please help memorize Dale Robinson by recording your attendance below.

Thank you for sharing your memory of Dale