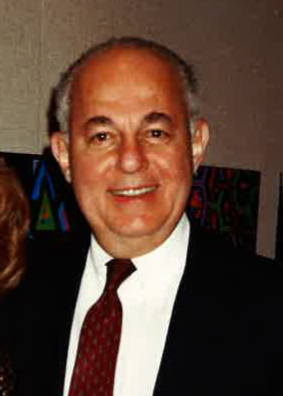 Martin Louis Litwin was born February 27, 1928, to Benjamin and Gertrude Litwin in Chanute, Kansas. Of his many accomplishments, the highlight was a 68-year marriage to Ruth Ann Litwin, nee Forbes, of San Antonio, Texas, whom he met while serving our country in the USAF at Lackland Aire Force Base during the Korean Conflict.

His is survived by his wife Ruth, brother Jack (Miwako), sister-in-law Carolyn, children Brenda, Linda, Bennett (Gayla) and Stuart (Sandra), grandchildren Gena, Aaron, Ross, Adam, Joel, David, Melissa, Tamara, and Hana, and 12 great grandchildren. He adored and received great happiness by just being with all of them, and of course asking a million questions about their lives, hopes, and dreams and taking great pride in their accomplishments. He saw to it that all his children graduated college. He was preceded in death by his parents and his brother Lawrence.

Martin excelled early in life achieving the rank of Eagle Scout and was Valedictorian of his High School. Martin won a Summerfield Scholarship to the University of Kansas. At the University of Missouri, he was elected to membership in Phi Beta Kappa and also won the Table Tennis championship. He was a member of ZBT fraternity.

Martin's career began with the family stores in Kansas and Missouri: Litwin's Clothing. He moved on to real estate in Dallas with Beer-Litwin and Litwin and Company.

Martin enjoyed many hobbies including scuba diving with Cousteau, and sports such as swimming, basketball, and table tennis and tennis.

He served as President of Jewish Family Service, was a founding member of the Dallas Chapter of Certified Property Managers, taught real estate classes at SMU and community colleges, coached his boys in basketball, and treated the family to many sporting events around DFW.

Martin was charitable, and he never took his good fortune for granted. He gave to those less fortunate and tried to preserve our planet, while providing for his family at the same time. Martin was a mensch, a good man who loved a good joke, even at the expense of himself.

He prided himself on doing the right thing. He was demanding of truthfulness and honor, and he lived to a very strict standard of conduct for himself that he expected of others. Character mattered to him in every form of endeavor.

The attached photos are added to the memorial of Martin Louis Litwin to help share their legacy.

Thank you for sharing your memory of Martin