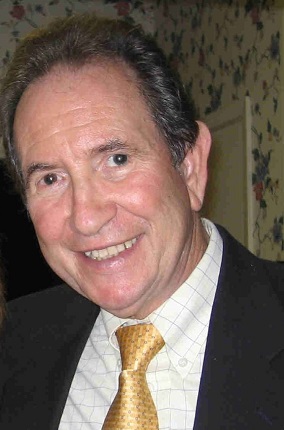 Don was born on January 29, 1940 in Newark, New Jersey, the only son of William and Elaine Gorewitz. He attended the Ohio State University where he was a member of Tau Epsilon Phi fraternity. Don received his bachelor's degree in business administration from Ohio State. After college, Don moved to Los Angeles where he would meet and soon marry the love of his life, Judy. Don and Judy would move to Fresno, California where son, Marc and daughter, Lisa were born. After returning to Los Angeles, Don eventually moved his family to Denver where son, Josh was born. Soon after, the family settled in Houston where Don would spend the rest of his years.

Don enjoyed a long career in sales, spending much time on the road but always making the most of his time with his wife, kids, and later grandkids, all of whom he loved so much. Don's outgoing personality was a natural fit for his career, and he developed lifelong friendships with many of his customers.

Don had a great love of sports, especially his Ohio State Buckeyes. He shared this passion with his kids, volunteering his time to coach Little League and taking his family to local sporting events. Don received just as much enjoyment watching his daughter's and later granddaughters' recitals. He also loved gardening and could often be found meticulously tending to his landscaping. Don also served his country proudly as a member of the National Guard.

The family wants to thank Colonial Oaks Sugarland, Elysian Hospice, and HF Production Nursing Services for their care of Don.

Donations in Don's memory may be sent to the Houston Area Parkinson's Society at https://www.hapsonline.org/support-haps .

The services for Donald have not yet been added. Please sign up below to be notified when the services are ready.

The attached photos are added to the memorial of Donald Everett Gorewitz to help share their legacy.

Thank you for sharing your memory of Donald